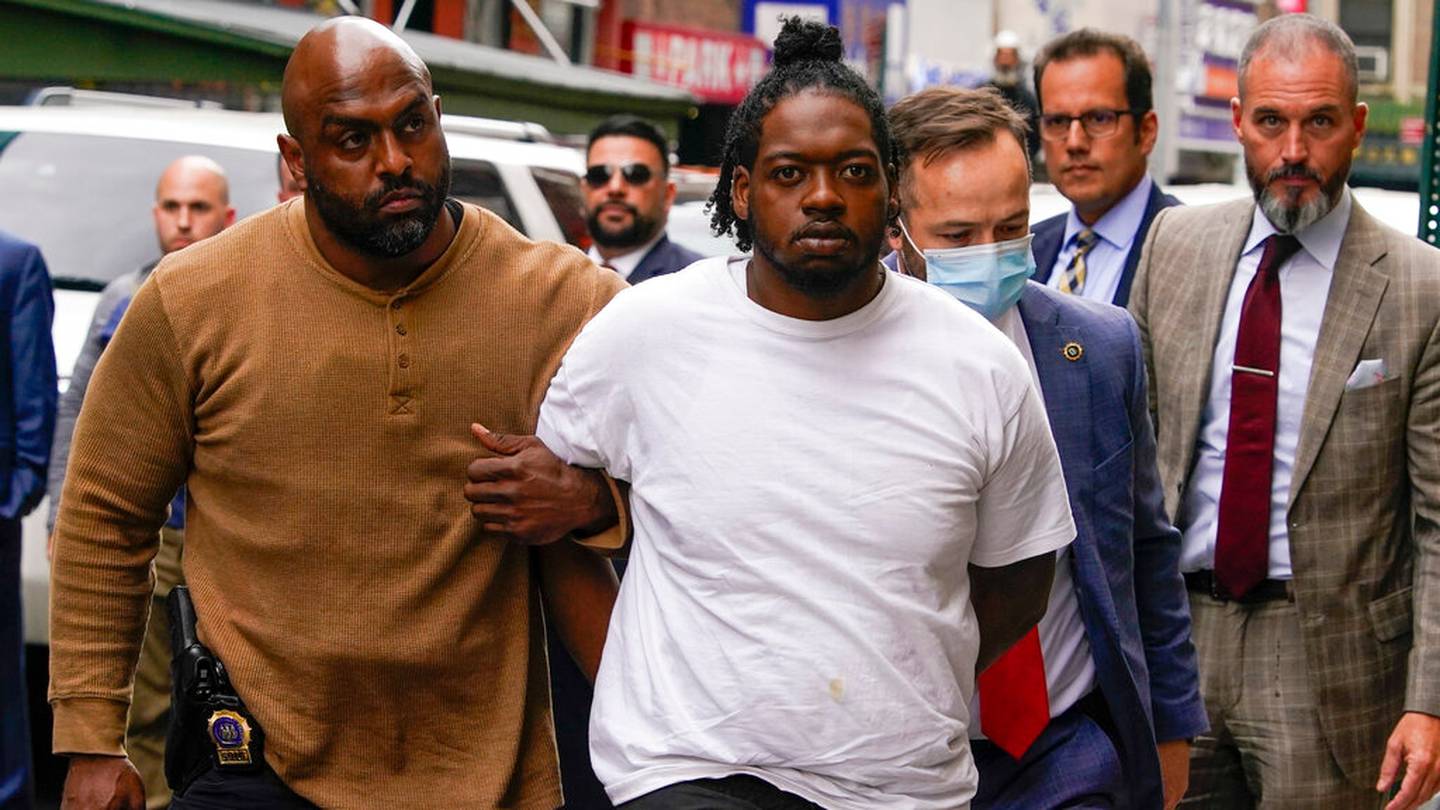 Police said the man wanted for the seemingly random deadly shooting aboard a Manhattan-bound Q subway train over the weekend turned himself in Tuesday.

The suspect, Andrew Abdullah, arranged his surrender with his Brooklyn based pastor, who visited the Fifth Precinct and worked out the details.

Earlier Tuesday morning, police officers descended on his girlfriend’s apartment at 6 a.m., but the suspect was not there.

Authorities say the 25-year-old Abdullah, who has about 20 prior arrests, was the man seen pacing around the subway car before shooting 48-year-old Daniel Enriquez in the chest, killing him.

Abdullah has prior arrests for assault, robbery, menacing and grand larceny, in addition to three cases that are still pending.

Police say he was arrested on April 22 for allegedly being in possession of a stolen motorcycle, and that while the Brooklyn district attorney asked for $15,000 bail, the judge set a nominal bail of $1.

The motive for Sunday’s subway shooting remains unknown, even with the suspect in custody, officials said.

“(It’s) a big mystery on this one,” NYPD Chief of Detectives James Essig said. “He was just pacing back and forth. There were a lot of other people on that train. He just targeted this poor individual, for reasons we don’t know.”

He only said two words, “No phones,” before opening fire, police said.

Abdullah also has a pending case stemming from June 2, 2021, for criminal contempt for violating a domestic order of protection, and the third pending case stems from March 24, 2021, when he was arrested for assault.

Abdullah was convicted of second-degree attempted murder in 2017 as part of an 83-count federal indictment charging members of the Harlem street gangs Fast Money and Nine Block.

He was sentenced to three years in federal prison and was released in 2019.

Police say Abdullah killed Enriquez, a financial researcher employed by Goldman Sachs, without any provocation while the victim was on his way to brunch.

The NYPD believes the suspect handed the gun off to a homeless man as he fled the Canal Street station. The homeless man, in turn, sold the gun for $10 to a third person, who reported it to police.

Mayor Eric Adams is proposing gun detection technology as a way to stop the flow of guns.

“We need to make sure we are deploying our personnel appropriately,” he said. “We are going to do an analysis to see what did we miss. It would become easier if we are able to use some of this technology we are looking for and to make sure that we zero in on those areas that we missed. That’s the goal. We are going to get it right.”

Gun detection technology will not be in every station, and the subway line in this case is not a high crime line or area.

It’s not clear if any of these measures would’ve stopped this shooting.

The public can also submit their tips by logging onto the Crime Stoppers website at WWW.NYPDCRIMESTOPPERS.COM, on Twitter @NYPDTips or by texting their tips to 274637 (CRIMES) then entering TIP577.