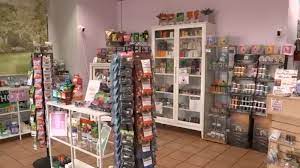 The workers and owners of three stores on Long Island were arrested Tuesday, accused of illegally selling THC.

It remains illegal in most towns in Nassau County to sell marijuana, but police say a larger issue is vape shops selling what’s called Delta 8 and Delta 9.

That drug is now getting in the hands of more kids, leading to the crackdown.

One by one, the vape shop owners and employees were placed under arrest for illegally displaying and selling THC to undercover cops.

THC is a compound in cannabis that causes a high, and Nassau County police have responded to 14 overdoses from it so far this year.

“We’re going to continue to do our enforcement,” Nassau County police Commissioner Patrick Ryder said. “These gummies that are in here, these kids are not popping one, they’re popping 10. That’s why we’re seeing the overdoses.”

The overdoses happened in kids, mostly between the ages of 13 and 17, and detectives say some even passed out in school.

Although recreational and medicinal marijuana use is legal in New York for those over 21, selling THC is not legal in many towns in Nassau County.

Officials warn kids can easily overdose on the gummies.

Two men were arrested at Eastwind Exotic Vape Shop in Syosset, along with a female worker at 7 Leaf Clover CBD in Westbury and an 83-year-old mother and her son at Vaporville in Hicksville.

“A warning to all of the stores that are out there, these vape shops that are popping up trying to sneak under the radar,” Ryder said. “It’s not legal to sell in Nassau County. If you get caught, we’re going to lock you up.”

Those arrested now face a charges of criminal sale of a controlled substance and intent to sell, both felonies.