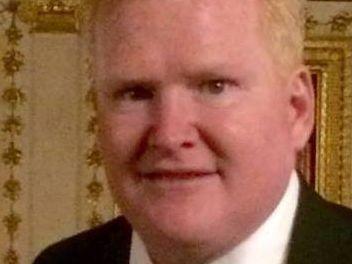 Alex Murdaugh “believed that ending his life was his only option,” his lawyer said Wednesday, hours after police revealed that the suspicious roadside shooting of embattled South Carolina lawyer was all a setup.

It’s just the latest bizarre twist in the life of Murdaugh, whose wife and son were found shot to death in June, and whose family has been linked to a series of other suspicious or accidental deaths.

Murdaugh, 53, admitted to officials this week that he planned his own shooting so his living son could collect a life insurance payout of about $10 million, the South Carolina Law Enforcement Division announced late Tuesday.

His lawyer, State Senator Dick Harpootlian, said it was a desperate move “on his part to do something to protect his child.”

“That Saturday morning, he was trying to get off the opioids; he was not taking any of them, was in a massive depression, realized things were going to get really, really, bad and decided to end his life,” Harpootlian said on NBC’s “Today” show

Murdaugh had started popping the pills in June to handle the deaths of his wife, 52-year-old Maggie, and younger son Paul, 22, who he found fatally shot on their Hampton County property. But as Murdaugh’s life continued to unravel, including stealing more than $1 million from his law firm to buy the drugs, he saw a way out, Harpootlian said.

On Sept. 4, the legal scion arranged to meet with Curtis Edward Smith, provided him with the gun that would be used in the shooting and specifically directed him to shoot him in the head, the South Carolina Law Enforcement Division announced late Tuesday.

Smith then followed Murdaugh to a rural road and shot the man as he stood next to his car. Smith drove off and dumped the gun.

The plan fell apart, though, when Murdaugh survived the shooting.

On Monday, Murdaugh confessed to the scheme, according to police, telling officers that he had planned the entire thing so his son, Buster, would get about $10 million from his life insurance payout.

Murdaugh believed that suicide was not covered under his policy, leading to him enlisting Smith in the scam. After accidentally surviving, Murdaugh told police that he was pulled over on the side of the road to fix a flat tire when a man in a blue pickup truck pulled up, shot him and drove off.

He was airlifted to the hospital after collapsing and “was blind for a while,” Harpootlian said Wednesday.

“He didn’t want law enforcement spending more time on this fake crime instead of focusing on solving the murders of Maggie and Paul,” the lawyer said.

Smith, 61, has been charged with assisted suicide, assault and battery of a high aggravated nature, pointing and presenting a firearm, insurance fraud and conspiracy to commit insurance fraud.

Murdaugh has not yet been arrested or charged, but SLED said more charges are expected in the case. Harpootlian said Murdaugh is cooperating fully with police.

Despite questions, Harpootlian insisted that Murdaugh did not kill Maggie and Paul, but said he and other lawyers have an idea of a suspect, who he refused to identify.

“He is distraught about their deaths,” he said on “Today.” He did not murder them.”

The botched murder follows a string of crimes tied to the Murdaugh family. Murder charges against Paul were dropped in August, after he died, for a 2019 boat crash that killed 19-year-old Mallory Beach. A drunken Paul was behind the wheel when he crashed the boat into a bridge, sending Beach overboard.

SLED has also reopened the investigation into the 2015 hit-and-run death of 19-year-old Stephen Smith, citing information gathered during the search for Paul and Maggie’s killer. Paul and Buster were interviewed as persons of interest in Smith’s death, but the case never progressed.