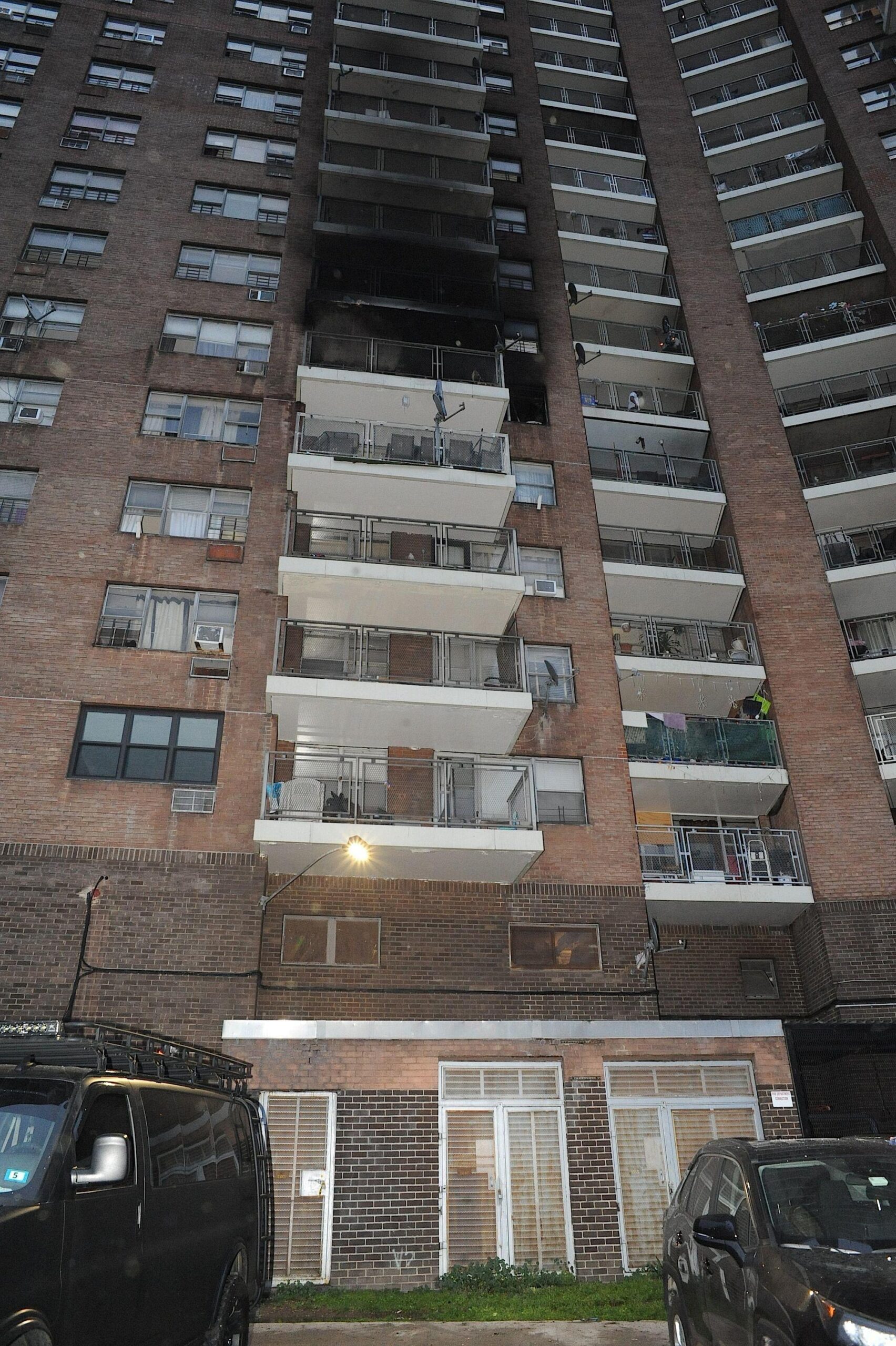 This Bronx tale came with a miracle ending.

A gutsy 8-year-old girl, trapped by a raging apartment fire, survived a six-story plunge from her balcony and lived to tell the tale — with the fortunate child recovering Thursday from a pair of broken legs.

The terrified girl aimed for a patch of grass when she made her Wednesday night leap, and avoided hitting the nearby pavement to escape the precipitous plunge with her life, according to witnesses and the Fire Department.

“She was on the ground crying and screaming,” said one eyewitness from the building. “I came up and there were people all over, people were crying. One man was crying, telling me he tried to catch her but the force of her fall was too much. It’s a miracle that girl is still alive.”

The child, who lived with her mother and grandmother, was rushed to Harlem Hospital in critical condition after her jump from the sixth floor of a 17-story apartment high-rise on E. 169th St. at Third Ave. in Morrisania. The cause of the fire remained under investigation.

“You don’t know how happy I am for the grass,” said Linda Kemp, the building’s tenant council president. “As tragic as it was, I’m happy it wasn’t worse. She’s a feisty little girl. I give her respect. She was a brave, brave little girl.”

Kemp recalled how building residents rushed to aid the injured child until help arrived after her leap of faith.

“You know how when you see something, you’ve got to do something,” she said. “There were some other residents and bystanders trying to help. I just dug in, motherly instincts took over. We just tried to protect here, keep her still.”

FDNY Deputy Chief Anthony Montera said at the scene Wednesday that the girl avoided severe injuries with her split-second decision to jump away from the pavement below.