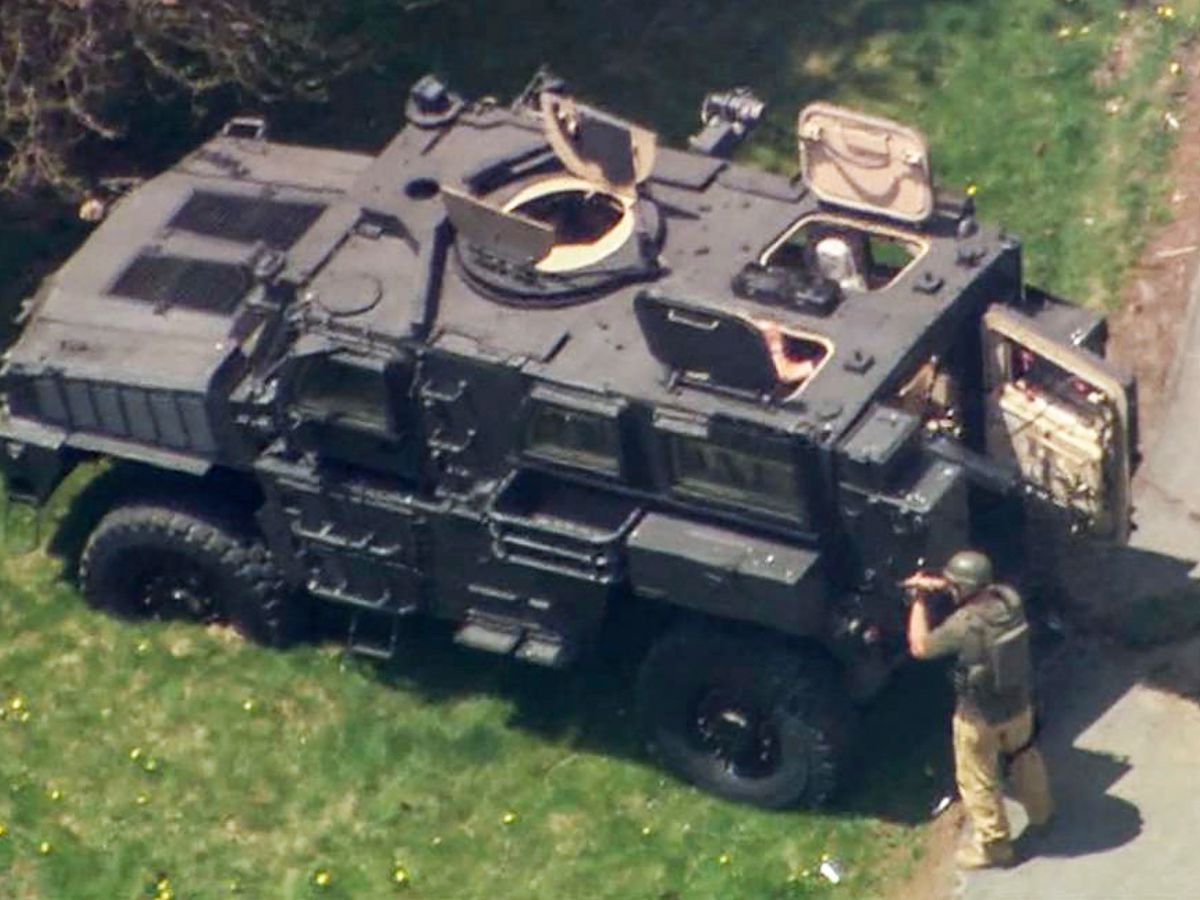 Two sheriff’s deputies were among five people who died Wednesday in a grisly ambush and standoff involving a barricaded shooting suspect at a home in North Carolina, officials said.

The suspected shooter allegedly killed his mother and stepfather inside the home and then opened fire on deputies who responded to a welfare check at the residence in Boone, news station WCNC reported.

The 13-hour ordeal finally ended after the shooter died in an apparent suicide, an official with the Morganton Department of Public Safety told The News Herald.

The two deputies who lost their lives worked for the Watauga County Sheriff’s Office, officials said.

K-9 Deputy Logan Fox died at scene on Hardaman Circle while Sgt. Chris Ward was flown to Johnson City Medical Center in Tennessee before he died, the sheriff’s department said in a statement.

Authorities did not immediately identify the family members who died but said the husband and wife were residents of the home.

They said the shooting suspect was known to the sheriff’s department and was waiting for deputies when they arrived.

Watauga County Sheriff Len Hagaman told WCNC that an officer from the Boone Police Department and an agent with the North Carolina State Bureau of Investigation were able to get Sgt. Ward out of the house so he could be rushed for the medical treatment that ultimately couldn’t save his life.

The suspect continued shooting at other law enforcement officers who tried to approach the residence, he said.

One bullet hit a police officer who was wearing a protective helmet and was not seriously wounded, Hagaman said.

“This is an incredibly tragic situation and our thoughts and prayers are with everyone involved as well as their families and our community,” Hagaman said in a statement.

Deputies first went to the home around 9:44 a.m. for the welfare check after an employer called to report one of the homeowners did not show up at work and was not responding to phone calls, the sheriff’s department said.

The family members’ vehicles were parked outside the home when deputies arrived.

“Upon entering the home, two Watauga County Sheriff’s deputies received gunshot wounds from an unknown individual within the residence,” the department said in a statement.

Law enforcement surrounded the home and evacuated some nearby residents while asking others to shelter in place. The standoff finally ended around 11 p.m., the sheriff’s department said in a statement.

“Sgt. Ward and Deputy Fox, will miss you guys! knew them both and they were fabulous men and officers!” friend and firefighter Jonathan Hodges said in a Facebook post that included video of what appeared to be the procession escorting Sgt. Ward through Boone.

“The overwhelming response and love I saw yesterday was unbelievable from local, state and federal agencies. Prayers for the family!” Hodges wrote.

“We grieve for Sgt. Chris Ward and K-9 Deputy Logan Fox and the entire Watauga County law enforcement community today after these tragic deaths in the line of duty,” Gov. Roy Cooper said in a statement Thursday.

“These horrific shootings that claimed lives and loved ones show the ever-present danger law enforcement can encounter in the line of duty. I have talked with Sheriff Len Hagaman to offer condolences and additional assistance,” he said.

A statement from the FBI’s office in Charlotte posted on Twitter share a similar message of grief.

“Our hearts are broken for our law enforcement partners at the Watauga County Sheriff’s Office. There are no words to explain the sorrow the #FBI family feels for you. We continue to be thankful for the men and women who put themselves in harm’s way to protect our communities,” the FBI statement said.