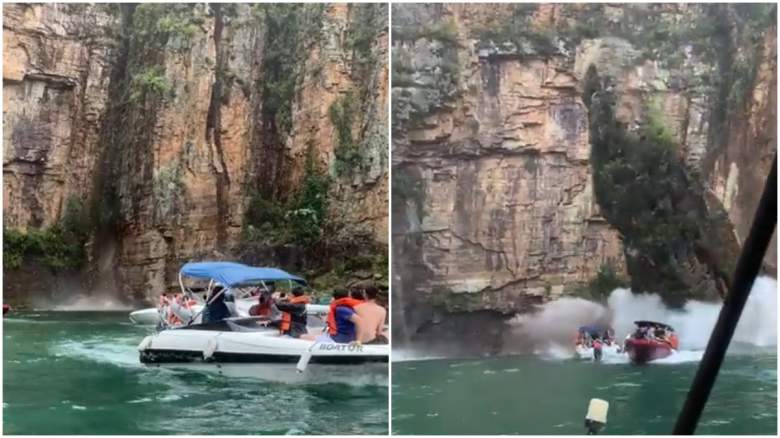 Six people died, several were injured, and 20 are still missing after a massive rock formation fell on three boats in the Brazilian state of Minas Gerais on Saturday, officials said.

The accident, which has been confirmed by the Brazilian Navy, happened in the city of Capitólia around 12:30 p.m., local time.

A video circulating on social media, which has been verified by Brazilian authorities, shows the exact moment when one of the rocks hits the boats.

According to the Brazilian news portal G1, firefighters in the neighboring city or Piumhi say that a sudden downpour dislocated the rocks and made them fall from a height of more than 16 feet.

Besides the confirmed fatalities, at least 15 people were injured during the tragedy, some of them critically, officials said.

It’s estimated that each boat was carrying between 12 to 20 people, including children.

Victims were transported to nearby hospitals. Pedro Aihara, a spokesperson for the local fire department, said that 32 people were taken to local hospitals with minor injuries. Among those, 27 have already been discharged.