4 injured in drive-by shooting in Yonkers 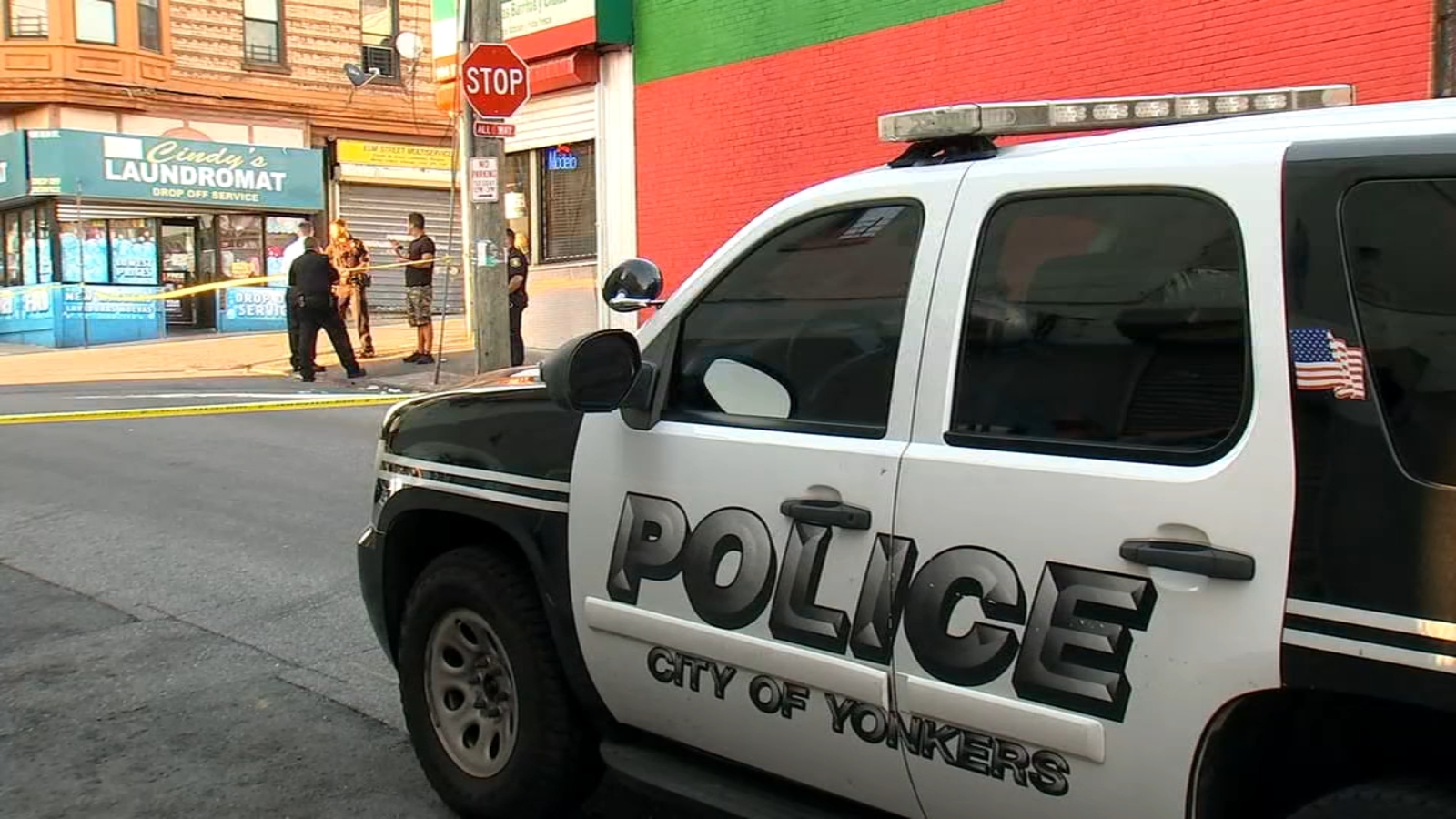 Police are investigating after four people were injured in a drive-by shooting in Yonkers.

The incident was reported outside a deli Thursday afternoon near Elm and Oak streets around 4:15 p.m.

Authorities say three people were shot and one person suffered an injury from a ricocheted bullet.

One of the victims is a woman and all are over the age of 18. Authorities say they are all critical but stable.

Video from the incident shows a vehicle pulling up with a person sticking their head out of the rear window. That is when they opened fire on people at the corner.

The woman suffered a gunshot wound to the liver and leg. The two other victims who were shot were hit in the calf and the ankle.

Elm Street was shut down between Linden and Victor streets as police investigated.

Officers could be seen marking at least 12 shell casings in the street.

All of the victims were taken to local hospitals.

Police Commissioner John Mueller said they believe the shooting was related to gang activity and several people of interest are in custody.

Just less than two months ago, down the block, a 6-year-old boy was shot in the chest.

Mayor Mike Spano said the city is on the frontlines of poverty, a war on crime and a war on drugs.

“We’ve gone so far that it’s the law-abiding citizens who live in the street, 99% of them, who frankly can’t leave their home because there’s a body count on Elm Street of those who’ve been shot and that’s unacceptable,” Spano said.

Spano, a Democrat, said he is fed up with bail reform laws passed in Albany last year — which law enforcement says have made it impossible to keep criminals off the street.

“I’m not saying we don’t need reform. We do. I’m a Democrat, I get it, but I am saying you need to have a conversation with those on the front lines,” Spano said.

It took investigators hours to piece together the details of the latest shooting, but at the beginning of a hot summer, cops fear it will be far from the last.