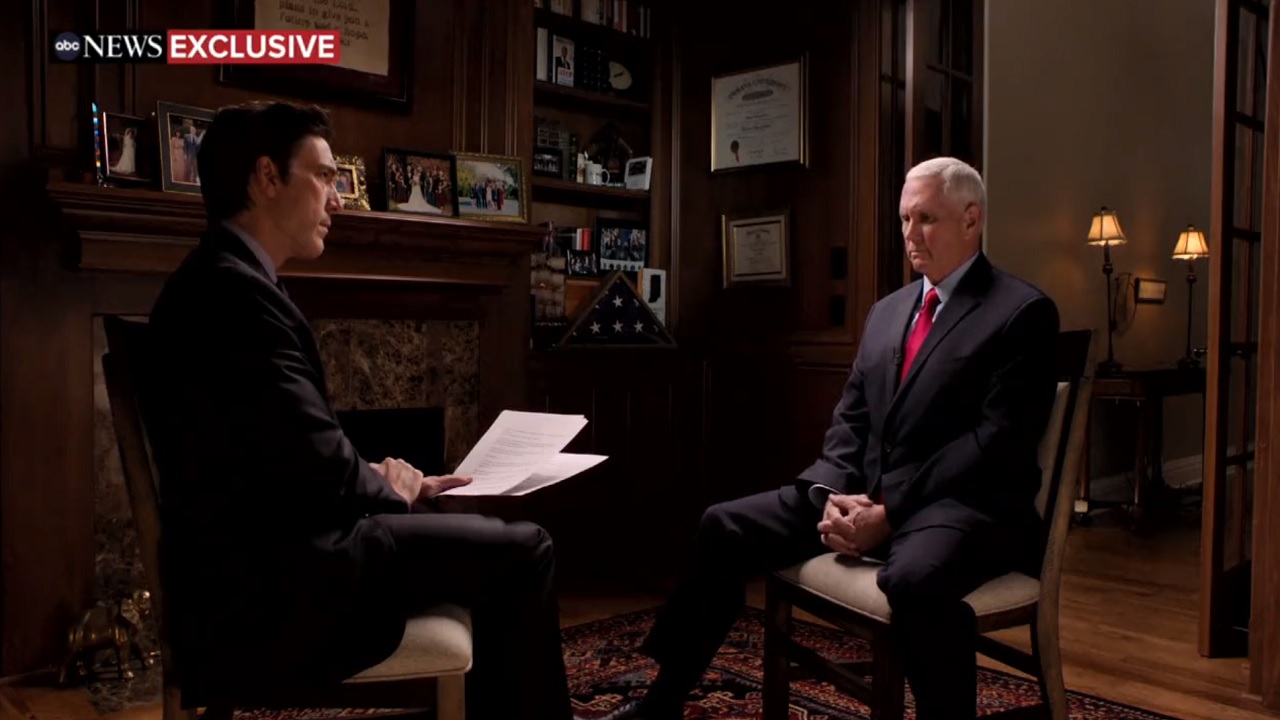 Former Vice President Mike Pence said in an exclusive interview with ABC’s “World News Tonight” anchor David Muir that former President Donald Trump’s rhetoric was “reckless” as a mob of his supporters ransacked the Capitol last year — with Pence and others temporarily forced into hiding.

“I mean, the president’s words were reckless. It was clear he decided to be part of the problem,” Pence told Muir.

EXCLUSIVE: “The president’s words were reckless,” Mike Pence tells @DavidMuir of Trump’s words on Jan. 6, saying they “endangered me and my family and everyone at the Capitol building.”

Watch more on @ABCWorldNews, tomorrow on @GMA, and stream on @Hulu. https://t.co/lEtsmRyMfX pic.twitter.com/mTxAY8Xjxb

Pence said he was “angered” over a tweet from Trump as the insurrection unfolded, when the former president said he “didn’t have the courage to do what should have been done” after he rebuffed pressure to not certify now-President Joe Biden’s 2020 victory.

“I turned to my daughter, who was standing nearby, and I said, ‘It doesn’t take courage to break the law. It takes courage to uphold the law,'” Pence, who is releasing the memoir “So Help Me God” on Tuesday, told Muir in his first network TV interview since the insurrection.

In an exclusive interview at the former vice president’s home in Indiana, Muir also pressed Pence on whether Trump should ever be in the White House again, whether Pence will run for president, whether Trump hurt Republicans in the midterms and what Pence makes of authorities saying classified documents were taken from the White House.

Pence was overseeing Congress’ certification of the 2020 Electoral College results on Jan. 6, 2021, when a large crowd urged on by Trump marched to the Capitol and then overran security and vandalized the building, sending Pence and congressional lawmakers into lockdown.

Trump ultimately told the rioters to leave but only after berating Pence for not blocking the certification — which Pence noted he couldn’t legally do — and repeating baseless conspiracy theories about widespread fraud in the 2020 election.

Since leaving office, Pence has praised the policies of their administration while breaking with Trump over the latter’s fixation on the last presidential race.