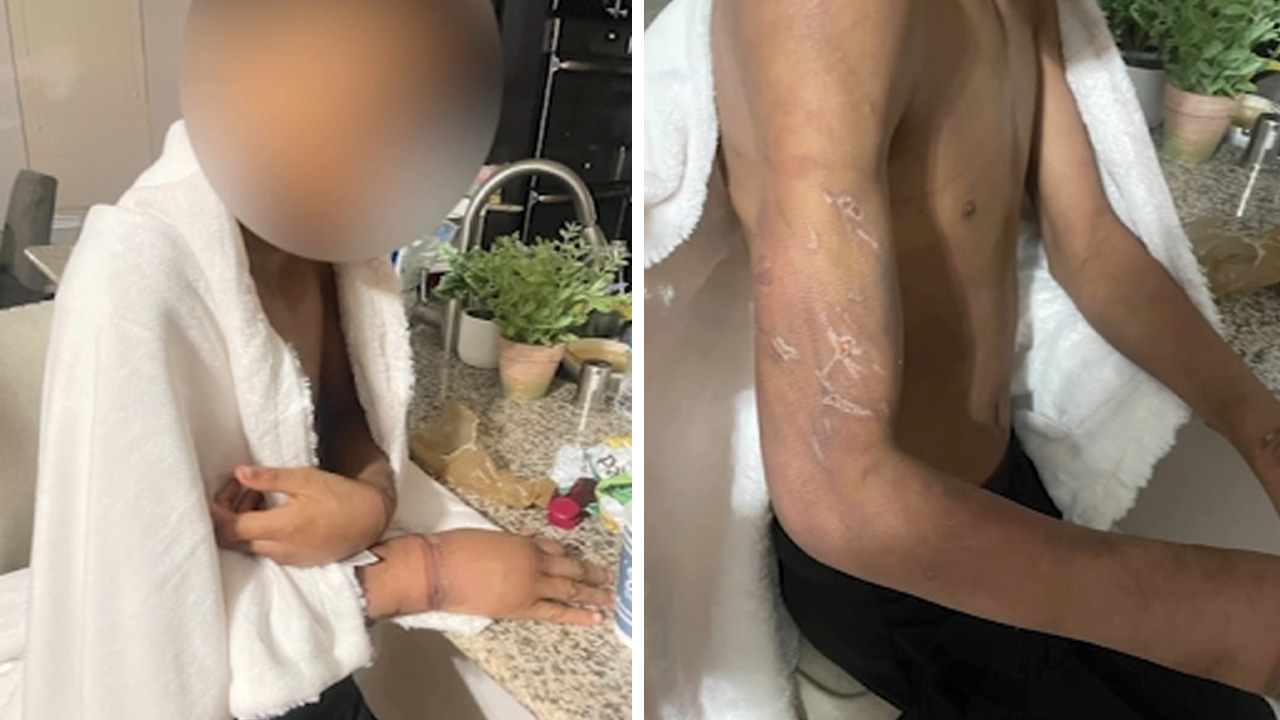 A twin brother and sister were taken to the hospital after law enforcement officials say they escaped their abusive home barefoot in Cypress, Texas on Tuesday morning.

Their mother, Zaikiya Duncan, 40, and her boyfriend, Jova Terrell, 27, are being charged with injury to a child in Harris County. They were taken into custody Tuesday in Baton Rouge, Louisiana, after fleeing with five of her other children and triggering an Amber Alert. They are currently awaiting transport back.

The Harris County Precinct 5 Constable’s Office said the 16-year-old twin boy and girl went door-to-door in the neighborhood where they lived, looking for help early in the morning.

It is not known how many doors they knocked on before they ended up at the home of a woman in the next neighborhood at 5:30 a.m. She spoke to our sister station KTRK-TV anonymously for safety purposes.

Her doorbell camera caught the twins asking, “Can you help us?” and showing her their handcuffs.

Immediately, she said the teens told her they were starving and had not eaten in more than a week. The woman gave them a snack and she said they ate everything she put in front of them.

The woman, an ICU nurse, photographed the wounds on their body. Their wrists were cut from the handcuffs. She noticed scarring on their wrists.

“The little girl was complaining that she couldn’t even close her hand because her hand just felt so tight and swollen from her trying to tug and pull off the handcuffs,” the woman said.

They told her about the abuse they endured inside their home, she said, and did not hold back any details.

The twins told her they tried to escape the day before, but their mother caught them and locked them back up.

“They complained about feeling stiff from being in just one position in the laundry room,” the woman said.

Rather than calling 911, she said she called her local police department and relayed the situation. The woman said they were there in minutes and took the girl away on a stretcher.

Child Protective Services in Texas said they had not been involved with the family before. Louisiana’s Department of Child and Family Services, where they were from, had been and had at least one documented case of abuse from 2012, according to court records.

The woman is still trying to process what happened, she said. She is frustrated that Duncan had custody of her children and that the abuse got to this extreme.

She plans to follow this case to the end so the siblings know that there is someone who cares for them.

“Give these abusers life in prison, like murderers, because that’s ultimately what it’s going to lead to and I bet crime would go down,” she said. “Kids would not be abused, because they would be scared to go to prison for life.”

Duncan and Terrell are expected to be transported back to Harris County on Thursday.