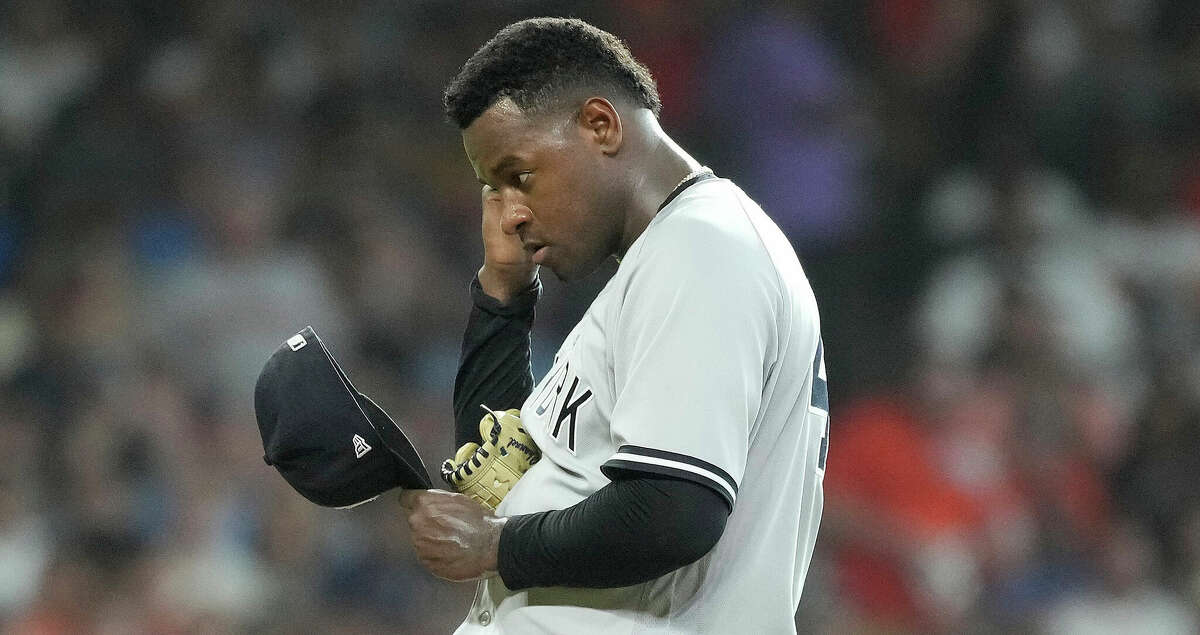 Justin Verlander and the Houston Astros got the jump on the New York Yankees again.

It’s a day off in the NLCS, with the Padres and Phillies tied 1-all as their best-of-seven series shifts from San Diego to Philadelphia for three games beginning Friday night.

Verlander recovered from a rocky start and struck out 11 over six strong innings to lead the Astros past the Yankees 4-2 on Wednesday night.

Yuli Gurriel launched a tiebreaking homer in the sixth. Chas McCormick and rookie Jeremy Peña also went deep as the AL West champions improved to 4-0 in the playoffs after going 106-56 during the regular season.

It was a familiar result in the power struggle between the teams over the past few years.

This is the sixth straight ALCS appearance for the Astros, their third meeting with the Yankees during that span.

Houston is trying to reach the World Series for the second consecutive season and fourth time in six years. New York hasn’t made it since beating the Phillies in 2009 for the most recent of its 27 championships.

Verlander set a major league record with his eighth double-digit strikeout game in the postseason. He passed Clayton Kershaw (213) to become the career leader in postseason strikeouts with 219.

New York whiffed 17 times in all to only two for the Astros – the largest difference ever in a postseason game.

“They’re obviously really dynamic,” Yankees manager Aaron Boone said. “Outstanding starting pitching, but can shorten the game with the best of ’em. So we’ve got to find a way to break through against them.”

Valdez went 17-6 with a 2.82 ERA during the regular season. He led the American League with 201 1/3 innings pitched and three complete games. In Game 2 of the Division Series against Seattle, he allowed four hits and two runs over 5 2/3 innings.

Severino was 7-3 with a 3.18 ERA in 19 starts this season. He yielded eight hits and three runs over 5 2/3 innings in Game 3 of the ALDS versus Cleveland.

Here’s what else to know about the MLB playoffs Thursday:

In danger of heading to Philadelphia down 0-2 in the NLCS, the Padres produced another huge rally in front of their rowdy fans to put some punch into the all-wild card matchup.

Brandon Drury hit a go-ahead, two-run single during a five-run outburst in the fifth inning and San Diego stunned Aaron Nola and the Phillies 8-5 on Wednesday to tie the NLCS at one game apiece.

The fifth-inning surge started with Padres catcher Austin Nola hitting an RBI single off his younger brother that brought the sellout, towel-twirling crowd of 44,607 to life after San Diego trailed 4-0 early.

The rally was similar to the one the Padres pulled off Saturday night, when they scored five runs in the seventh inning of a 5-3 victory that eliminated the 111-win Los Angeles Dodgers.

Joe Musgrove is scheduled to start Game 3 for his hometown Padres against Ranger Suarez.

Astros star Jose Altuve, a three-time batting champion, went 0 for 3 with a walk in Game 1 against the Yankees and is 0 for 19 this postseason.

“Jose, he’s due to break out and have some remarkable games,” Houston manager Dusty Baker said. “This guy has been good for so long, and sometimes the rest of your lineup’s got to carry a guy like that until he gets going.”

José Ramírez didn’t let a torn thumb ligament stop him from leading the Guardians during a surprising season.

Cleveland’s All-Star third baseman played the second half – as well as the team’s playoff run that ended Tuesday in the AL Division Series – with a torn right thumb ligament that will require surgery.

Meanwhile, the Seattle Mariners will head into the offseason with four key players needing downtime or surgery to heal injuries, including AL Rookie of the Year favorite Julio Rodríguez. The star center fielder broke his left pinkie during the Game 3 loss to Houston that ended their AL Division Series.

The Guardians said Ramírez injured the ulnar collateral ligament in his thumb during a June game in Los Angeles. The 30-year-old could have opted for surgery, which would have sidelined him for two months, but decided to keep playing.

He’ll have an operation in the next few weeks. Renowned hand specialist Dr. Thomas Graham will perform the surgery in Dayton, Ohio.

The Guardians said the rehab will not significantly impact Ramírez’s offseason training or availability for next season.

Mariners president of baseball operations Jerry Dipoto said an exit exam this week revealed the injury to the 21-year-old Rodríguez, but he’s not expected to need surgery. He got hurt sliding headfirst into second base on a double in the eighth inning of what became an 18-inning marathon defeat.

Also needing downtime to recover from injuries are Seattle catcher Cal Raleigh (left thumb) and standout reliever Andrés Muñoz (foot), while outfielder Jesse Winker has already undergone one of two operations needed to repair injuries to his left knee and neck that he dealt with during the season.