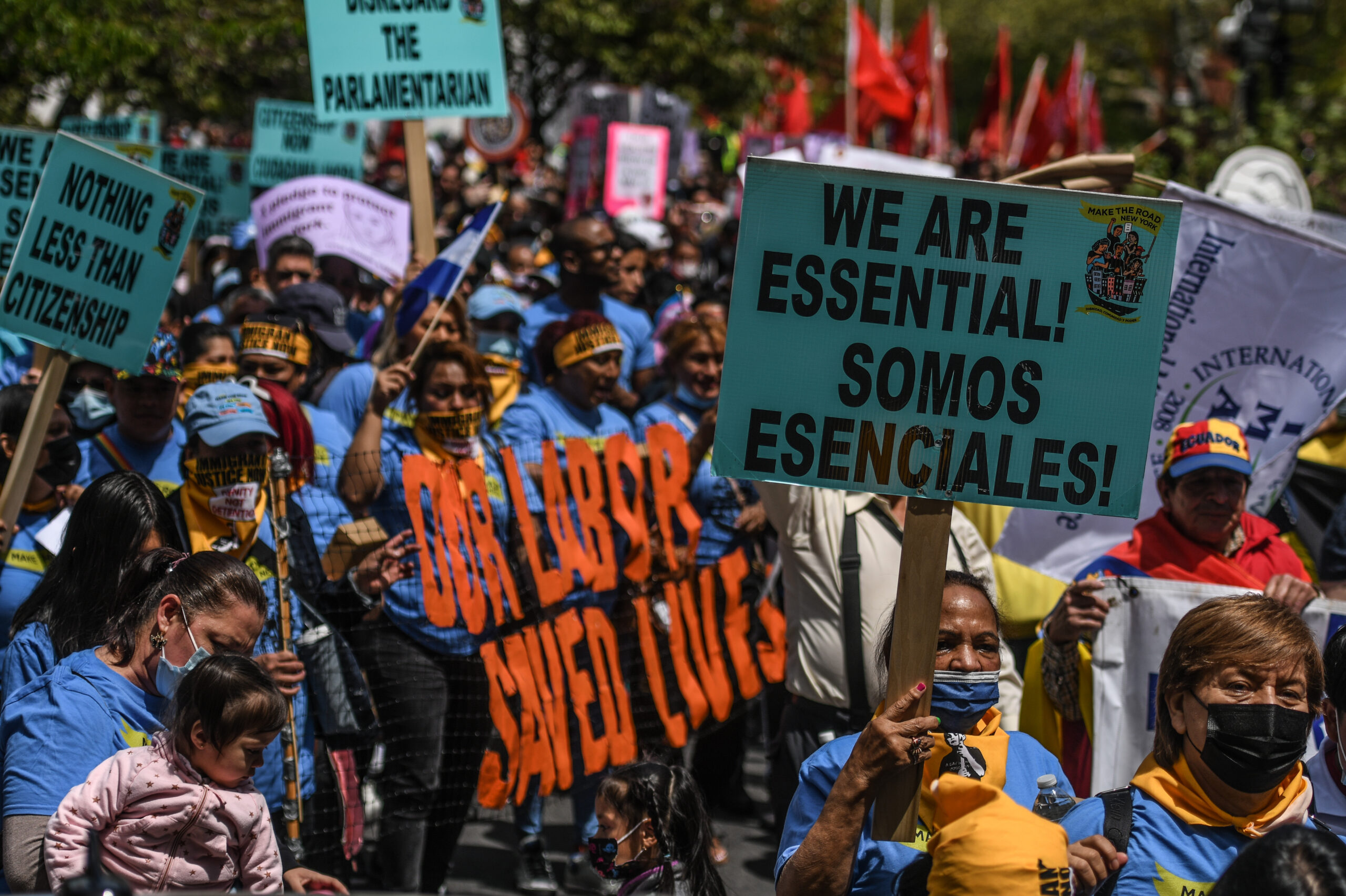 Protestors on both sides of the political spectrum were outside of City Hall demanding transparency on how the city plans to address the asylum seeker crisis.

The temporary humanitarian relief center has been deemed a “tent city” by immigration advocates who question the shelter’s location saying it’s too far from public transportation for the migrants to be able to access potential jobs or other services.

“We don’t want this temporary respite center to end up becoming a de facto shelter for folks where there is 1,000 beds,” said Murad Awawdeh, with the New York Immigration Coalition said. “Where people are going to be sleeping and literally just being there in Orchard Beach, which is incredibly far from true mass transit.”

They are also against the location because the area is prone to flooding. Those who support the tent city are equally worried about the flooding and the ability to offer a safe place to live for so many migrants.

The tents will be large industrial heated shelters housing up to 1,000 migrants at a time, Mayor Eric Adams said they are supposed to be a temporary stop for migrants as they get on their feet.

He said asylum seekers are a “humanitarian crisis” that is separate from the city’s requirement for the right to shelter, and while the city will still provide shelter for all asylum seekers, it may not be at the same levels as under the established right-to-shelter services for the city’s homeless.

“We are going to treat everyone in a humane fashion, but these are two different entities,” he said. “This is a crisis of migrant and asylum seekers, and that is how we will respond to it.”

The mayor says the city is working with the state to create transit options and has a plan to move migrants ahead of flooding.

“The far right is doing the wrong thing. The far left is doing nothing. I mean, it’s silence. I don’t believe the silence I am hearing. These are people in need of services,” Adams said. “I think two days in a row, we had anywhere from six to eight buses. Those are large numbers.”

While immigration advocates are concerned about the asylum seekers access to resources, GOP leaders are just as concerned about potential crime the “tent city” could bring to the surrounding community.

“Regardless about how you felt about President Trump, when he was president, illegal immigrants weren’t pouring over the border,” Rendino said. “These tents do not belong here. They crossed the border illegally and they need to go back.”

It was a collection of self-proclaimed ultra MAGA supporters and Proud Boys. They say they are tired of the Bronx being used as a political pawn.

“They are more interested in sympathizing with rapists, murderers, drug dealers, and thieves than they are protecting the lives of men, women, children and seniors,” New York State GOP Senate candidate Samantha Zherka said.

“They continue to dump on us, and I want to know where are my Democratic politicians from the Bronx? Why are they not standing here with me to call out Governor Abbott, Mayor Adams, and President Biden?” Rendino said.

Meanwhile, not far from Orchard Beach, but far from the politics at 239 Play, they’re trying to do something.

A collection site for a clothing drive for asylum seekers run by the non-profit, City Island Rising, has been overwhelmed with donations.

“It’s a great contrast to some of the fear that’s perhaps being exploited right now,” said John Doyle of City Island Rising.

“No matter any of your other views, people in need, you help them,” store owner Dan Treiber said.

As for the demonstrators, they say they plan to file a lawsuit to stop the center from moving forward.