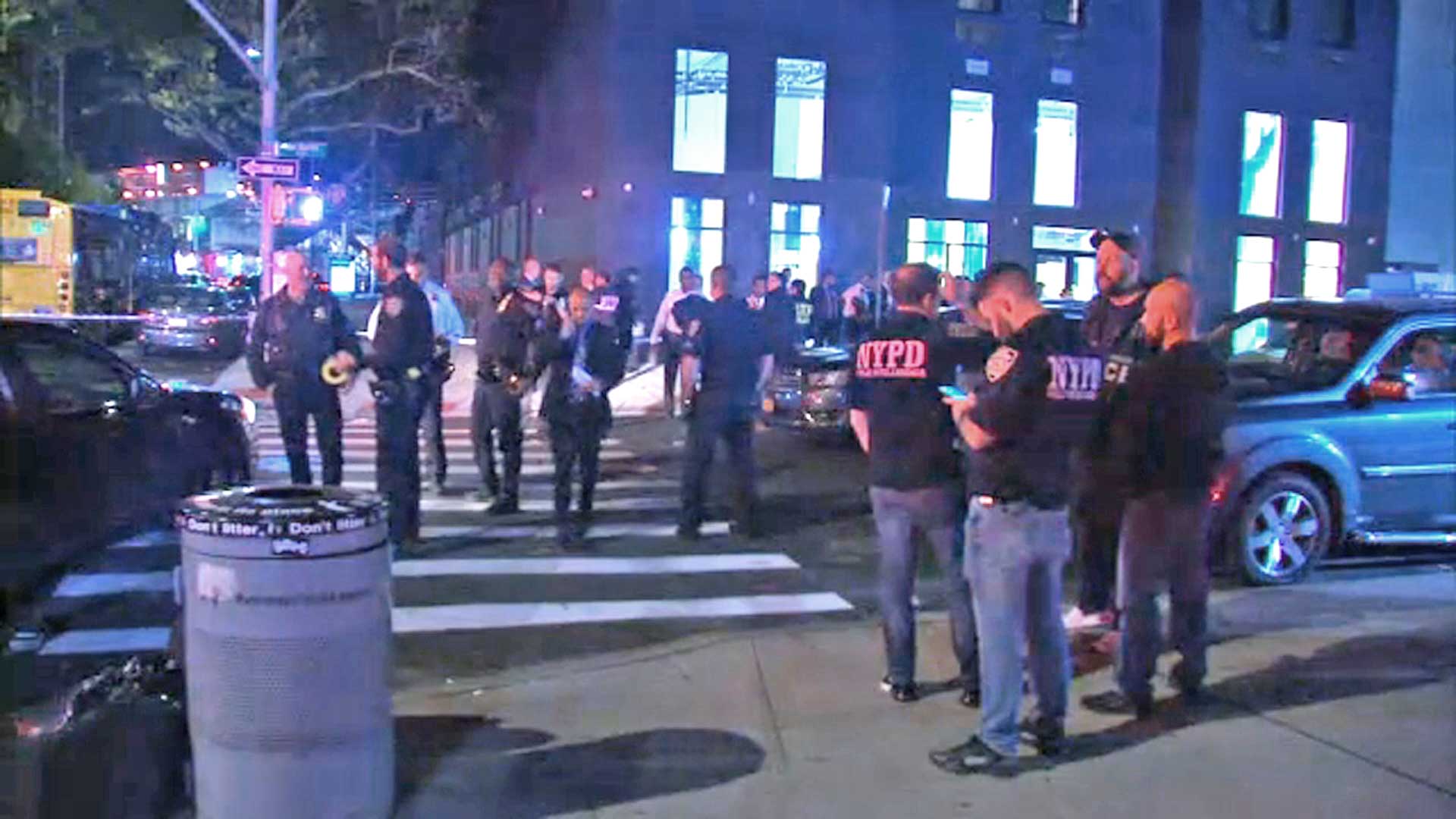 A man was shot in the leg by police officers investigating a previous double shooting in the Bedford-Stuyvesant section of Brooklyn Thursday night.

The man was shot on Patchen Avenue, blocks from an earlier shooting on Broadway at Kosciuszko Street just after 9:30 p.m.

In that first burst of gunfire, two men were struck.

A 31-year-old man shot was in the right leg and right arm. He was taken to Kings County Hospital.

And a 44-year-old man was shot in the left hand. He was taken to Brooklyn University Hospital.

Both men sustained non-life threatening injuries. They both have criminal drug histories.

An armed 26-year-old suspect was spotted by responding officers assigned to the 81 Precinct’s Neighborhood Safety Team, a specialized unit tasked by the current administration to get guns off the street.

He was taken into custody after a brief foot pursuit. A gun was recovered and charges against him are pending

Police continued to patrol the neighborhood, talking to witnesses and working on descriptions of other people who were at the shooting scene.

Officers then spotted one man fitting the description on Patchen Avenue near Van Buren Street. When they “engaged” him, he fled on foot. Officers gave chase.

“During the course of the pursuit, they see the male grab his waist and turn towards them. One of the officers fired two rounds, striking the male in his right lower leg,” Chief of Patrol Jeffrey Maddrey said at an overnight news conference.

Despite being shot, the man ran into an apartment building on Patchen Avenue. “He almost got inside one of the apartments on the floor, but the officers were able to apprehend him before he got inside,” Maddrey said.

The man was taken to the hospital for treatment and is being questioned, along with two other men found in the apartment. No charges were immediately filed.

A weapon was not immediately recovered from that man.

The officer who fired the shots was also treated.

He is assigned to the NYPD’s Intelligence Bureau, where he works in its Operations Unit.

The Intelligence Bureau also provides security for the mayor, but the officer is not a member of the mayor’s detail, Maddrey said.