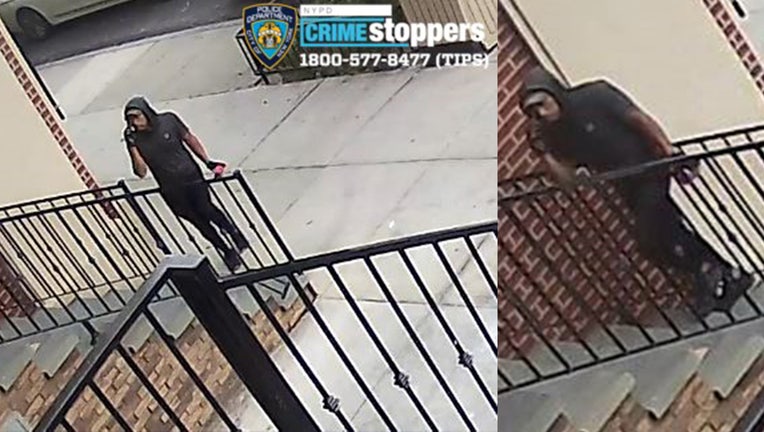 The NYPD is on the hunt for a man they say lured a seven-year-old girl into an apartment building in Brooklyn, exposed himself to her, and offered her money to perform a sex act.

According to authorities, On October 28 at around 5:30 p.m., the victim was in front of an apartment building on 38th Street in Borough Park when the suspect approached her and lured her inside the building.

Once they were alone inside, police say the man exposed himself to the girl and offered her money to perform a sexual act.

The victim refused and was able to run away. The man fled the area shortly afterward.

Police have released a pair of surveillance photos of the suspect, who is described as a man with a medium complexion, approximately in his mid-30s, and was last seen wearing a black hooded short-sleeve shirt, black pants, black sneakers, black gloves, and a gray hat.

Anyone with information in regard to this incident is asked to call the NYPD’s Crime Stoppers Hotline at 1-800-577-TIPS (8477) or for Spanish, 1-888-57-PISTA (74782). The public can also submit their tips by logging onto the CrimeStoppers website at https://crimestoppers.nypdonline.org/ or on Twitter @NYPDTips.