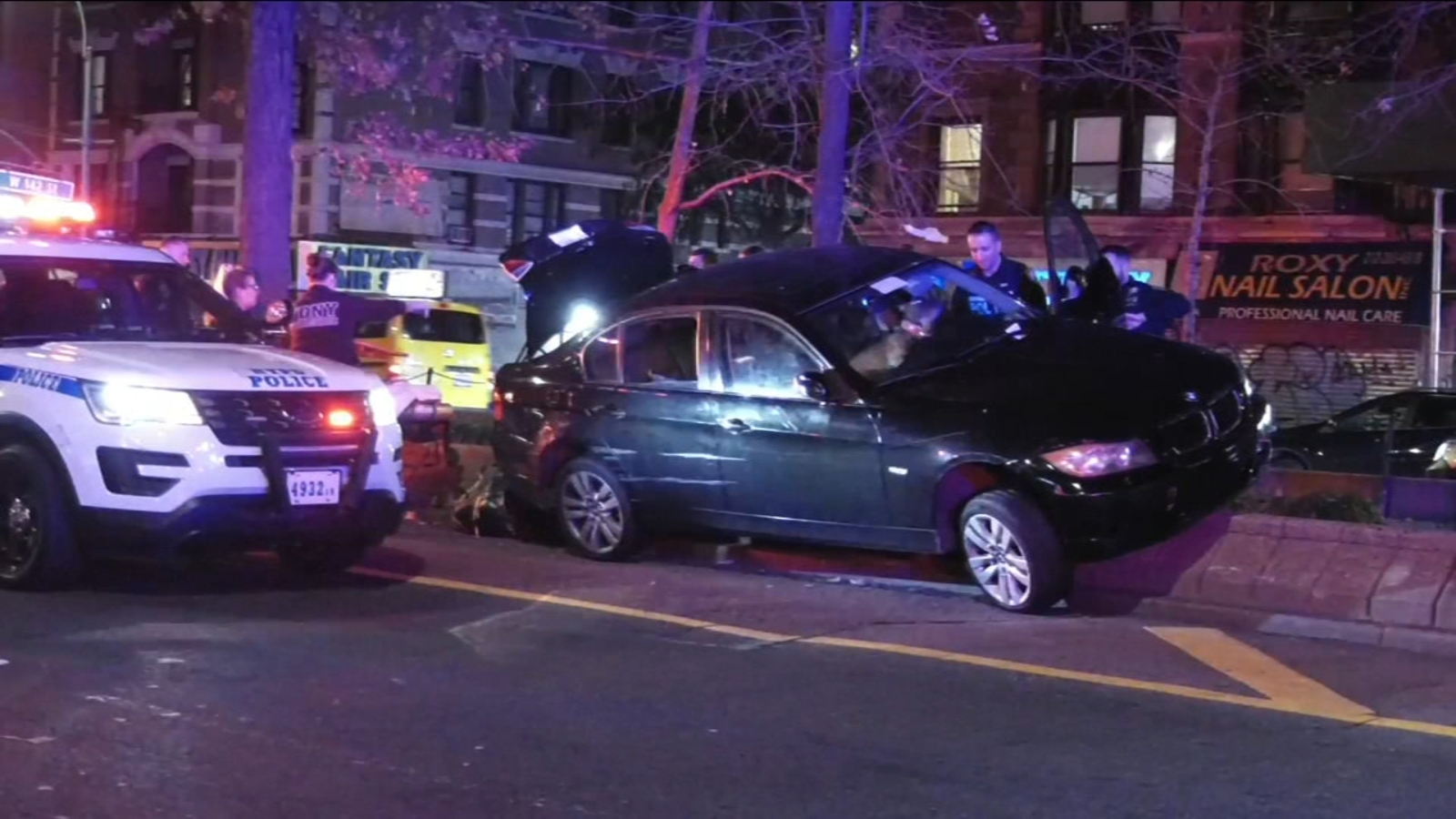 A man was shot and killed in Manhattan at around 3 a.m. Sunday.

Police say they found the victim shot in the chest at 140th Street and Broadway in the Hamilton Heights section.

The victim, who officials say was in his 30s, was taken to Harlem Hospital where he was pronounced dead.

Police are now looking for five men for questioning about the incident.

Officials say one suspect was wearing red and two suspects had firearms.

This is a developing story. Check back for updates.