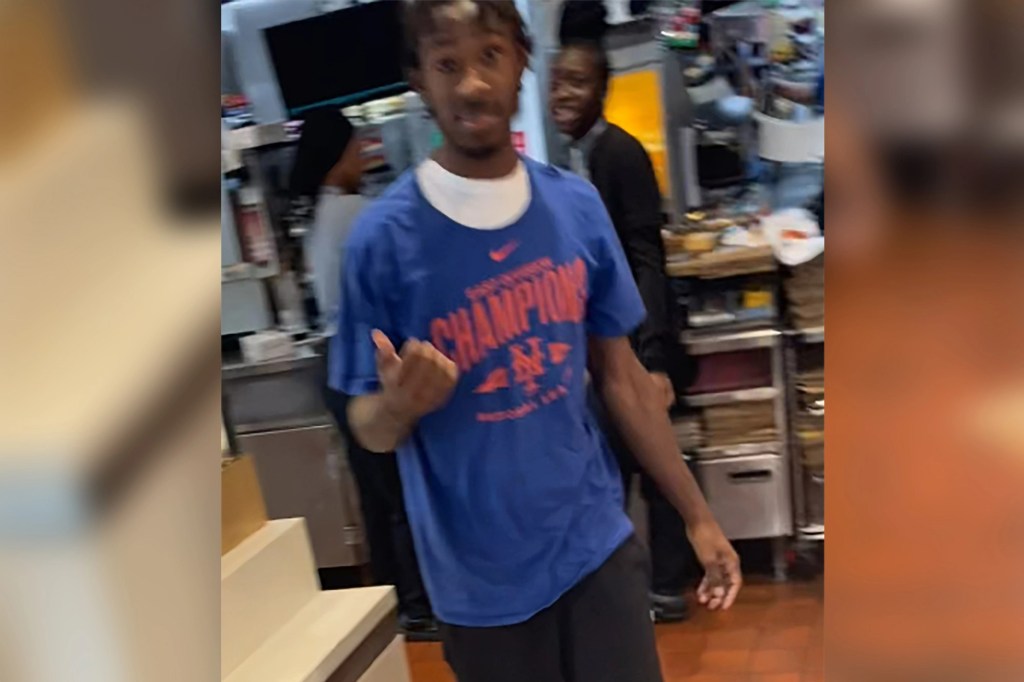 A man accused of shooting of a McDonald’s worker in a dispute over French fries is now also charged in connection to a 2020 murder.

Michael Morgan, 20, is charged with attempted murder and criminal possession of a weapon in connection to the incident at the fast-food restaurant on Monday.

Officials say Morgan’s mother was at the restaurant and complained to the victim, a 23-year-old man who was working behind the counter, that her French fries were cold.

The argument escalated, and the woman called Morgan, who police say went to the restaurant to confront the worker and ended up shooting him outside.

While being questioned in the McDonald’s shooting, Morgan reportedly made statements about an unsolved murder.

He is now charged in the October 2020 murder of a 28-year-old man in Brooklyn.

Morgan has long been eyed in the killing. The 2020 murder was just six blocks from the McDonald’s shooting.

Morgan has 13 prior arrests.

The shooting is the latest in a number of recent incidents of violence against fast food restaurant workers.

In May, a McDonald’s worker was stabbed multiple times defending other employees from an unruly customer in East Harlem.

And in January, 19-year-old Kristal Bayron-Nieves was fatally shot during an armed robbery inside a Burger King in East Harlem.