2 pedestrians dead, several other people hurt in crash in Inwood 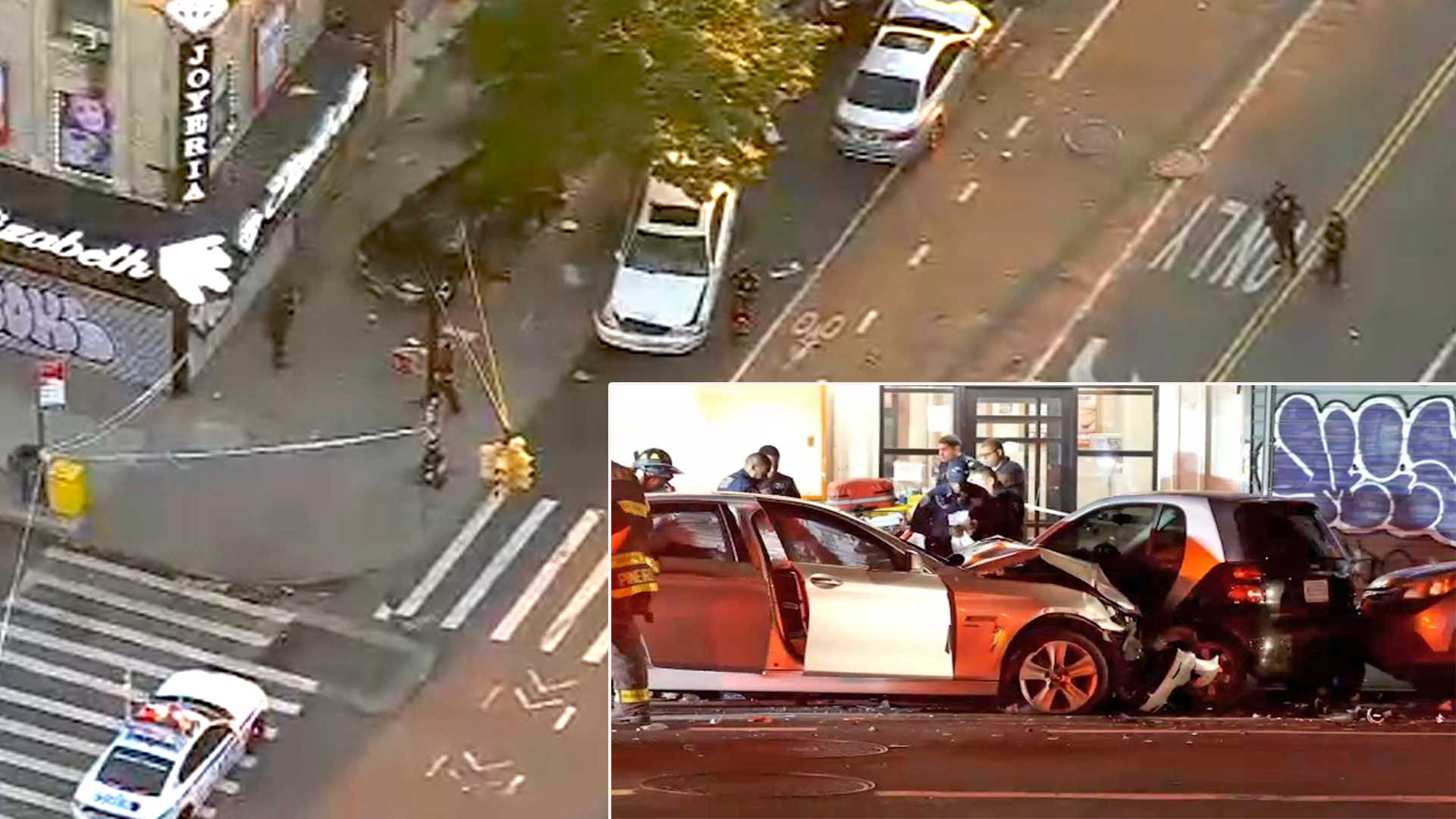 Two pedestrians are dead and several other people were injured in a two-car crash in Inwood that sent one vehicle onto the sidewalk.

The force of the crash sent a Subaru onto the sidewalk.

Two friends who happened to be on the street at the time were struck and killed.

Joel Adames, 31, was taken to Allen Pavilion Hospital where he was pronounced dead.

The occupants of the two vehicles — three in one and two in the other – were also taken to the hospital.

Family members said Adames was well-loved in the community and was looking forward to celebrating his daughter’s second birthday.

Fernandez, loved ones said, was a family barber affectionately nicknamed “David la Salsa” because he loved to dance.

Family members said Adames, a food delivery driver, had just gotten a haircut before the crash.

Surveillance video indicates one car sped through a red light in the intersection.

Residents say speeding along this stretch of road has long been a problem.

“They need speed bumps,” said another. “All this could be avoided.”

Police are still investigating. So far no charges have been filed.