75-year-old man, believed to be bystander, shot by 2 on moped in NYC 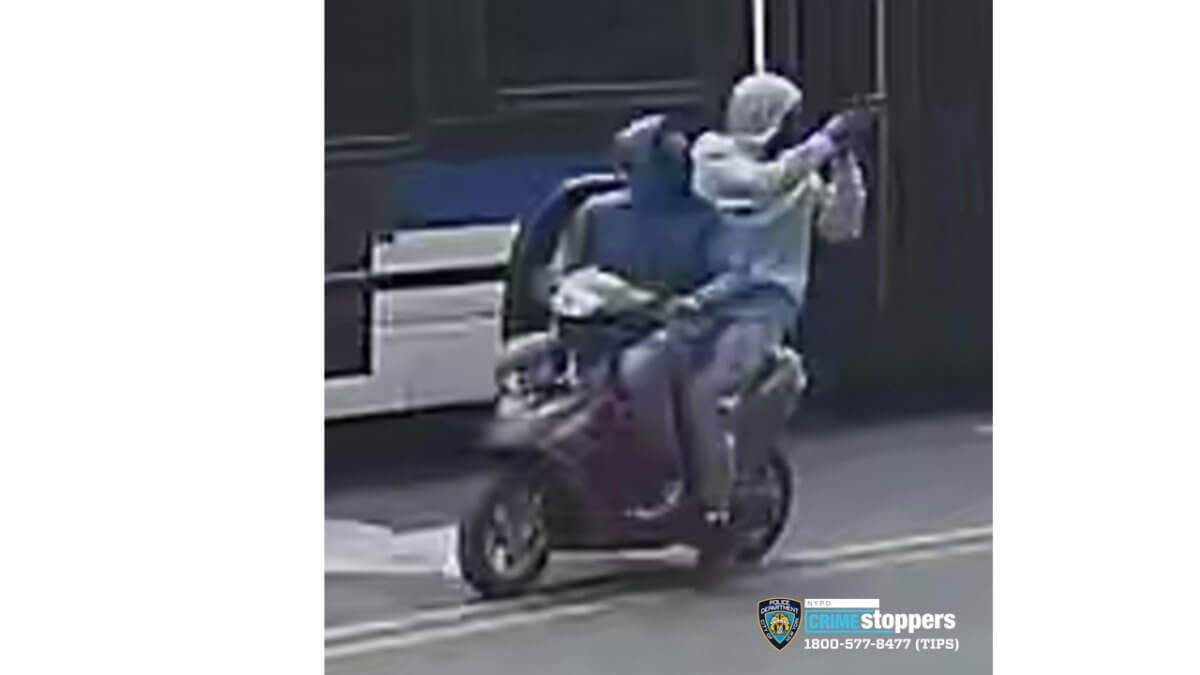 A 75-year-old man believed to be an innocent bystander was shot by two men on a moped in the Bronx over the weekend, and police are hoping a surveillance image of the gunmen will lead to an arrest.

Authorities say the two men on the moped discharged a handgun multiple times at an unknown group of individuals.

The 75-year-old victim was walking by at the time and sustained a gunshot wound to his left thigh.

He was transported to St. Barnabas Hospital in stable condition.

The individuals fled in an unknown direction, and no arrests have been made at this time.

Police say there is no indication the victim was targeted, but the investigation is ongoing.

The incident was one of nine shootings with 12 victims in New York City Sunday.