6 pedestrians, including 3 children, hurt when car slams into building in the Bronx 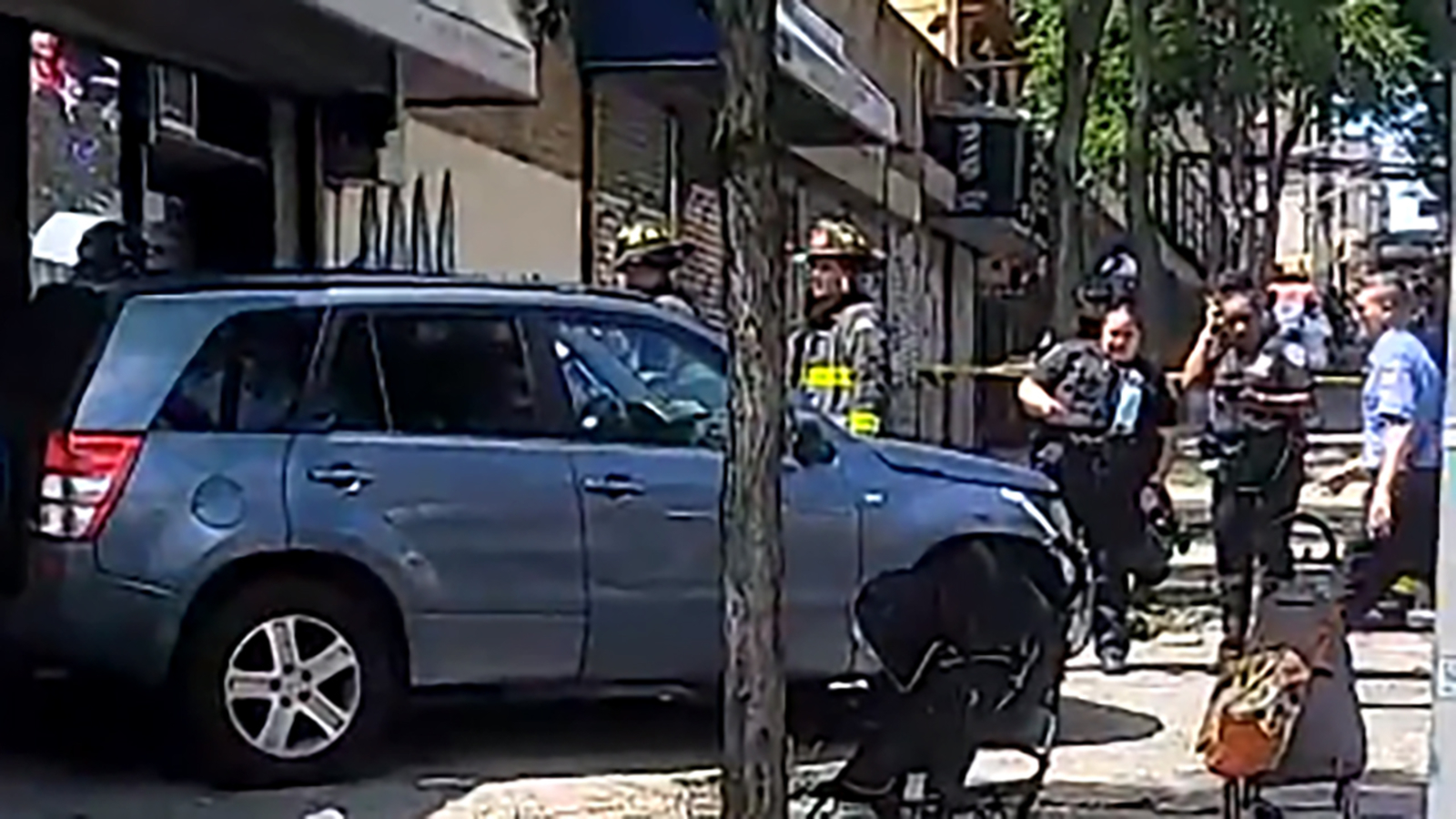 Six pedestrians, including three children, were injured when a car jumped a curb and careened into building in the Bronx Tuesday.

It happened around noon on East 163rd Street and Prospect Avenue in the Longwood section.

Witness Jose Rivera tells reporters that the driver, a man, was trying to park when he lost control of the vehicle, apparently hitting the gas instead of the brake.

“He was parking, and as soon as he was parking, instead of him going forward, he kept on going back,” he said. “And that’s when the people that were online here getting food, they got pinned.”

“I ran to see if anybody was trapped underneath or behind the car, because it was pinned against the wall,” he said. “I told EMS how many people were on the floor, how many minors.”

A 7-year-old boy and 9-year-old girl believed to be the driver’s own children were taken to Harlem Hospital, while four adults went to Lincoln Hospital.

Rivera described the injuries, which varied in severity.

“One lady, she was pinned against the wall here, because it pushed her against the wall,” he said. “She was hurt, her whole back, her arm was bleeding and everything. Her leg, she couldn’t feel her leg. The gentleman that was unconscious, he got hit really hard because he was passed out.”

One of the victims was identified by her son as Nancy Pujols.

“My mom was walking on the sidewalk when a vehicle came, allegedly going to park, when it went in that direction, running people over,” Luis Hernandez said in Spanish. “Among the victims is my mom, who suffered a fractured bone in her leg and has plenty of important injuries caused by fallen glass which fell on her body. The other victims were also struck by fallen glass when the vehicle ran into them. All in all, my mother is stable. She’s getting checked out and has a fractured bone, plenty of injuries. Her head was not injured, and she’s stable.”

None of the injuries were considered life threatening.

The Department of Buildings was evaluating the structural integrity of the building.