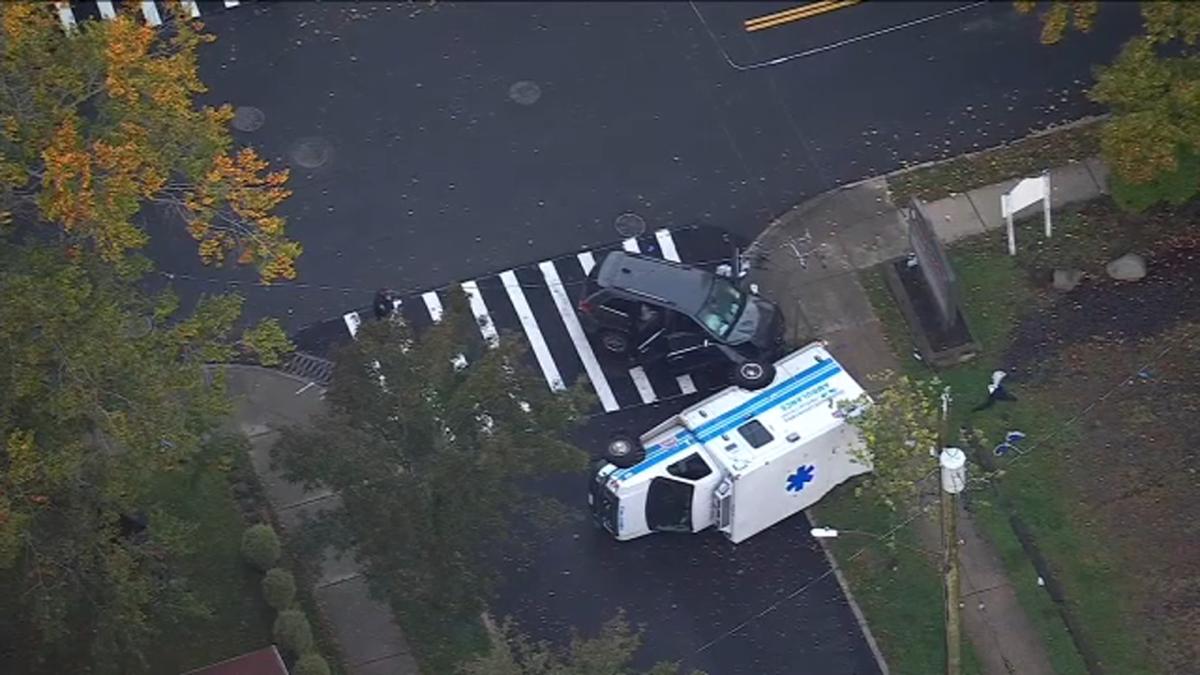 A woman has died after the ambulance transporting her to the hospital was struck by another vehicle on Staten Island Friday morning.

The 35-year-old woman was struck by a car while crossing Jewett Avenue and EMS arrived to transport her to Richmond University Medical Center.

EMS was en route to the hospital on Maine Avenue when a Jeep t-boned the ambulance sending it crashing onto its side.

The driver, three emergency workers, and the woman were all taken to the hospital to be treated for their injuries.

The initial patient succumbed to her injuries at the hospital. The emergency workers and driver of the Jeep are in stable condition.

No arrests have been made at this time as the NYPD Highway Collision Investigating Squad continues to survey the scene.

Jewett Avenue is closed between College Avenue and The Boulevard as police continue to investigate the scene.