15-year-old suspect in custody in shooting in Raleigh, NC that killed 5, including officer 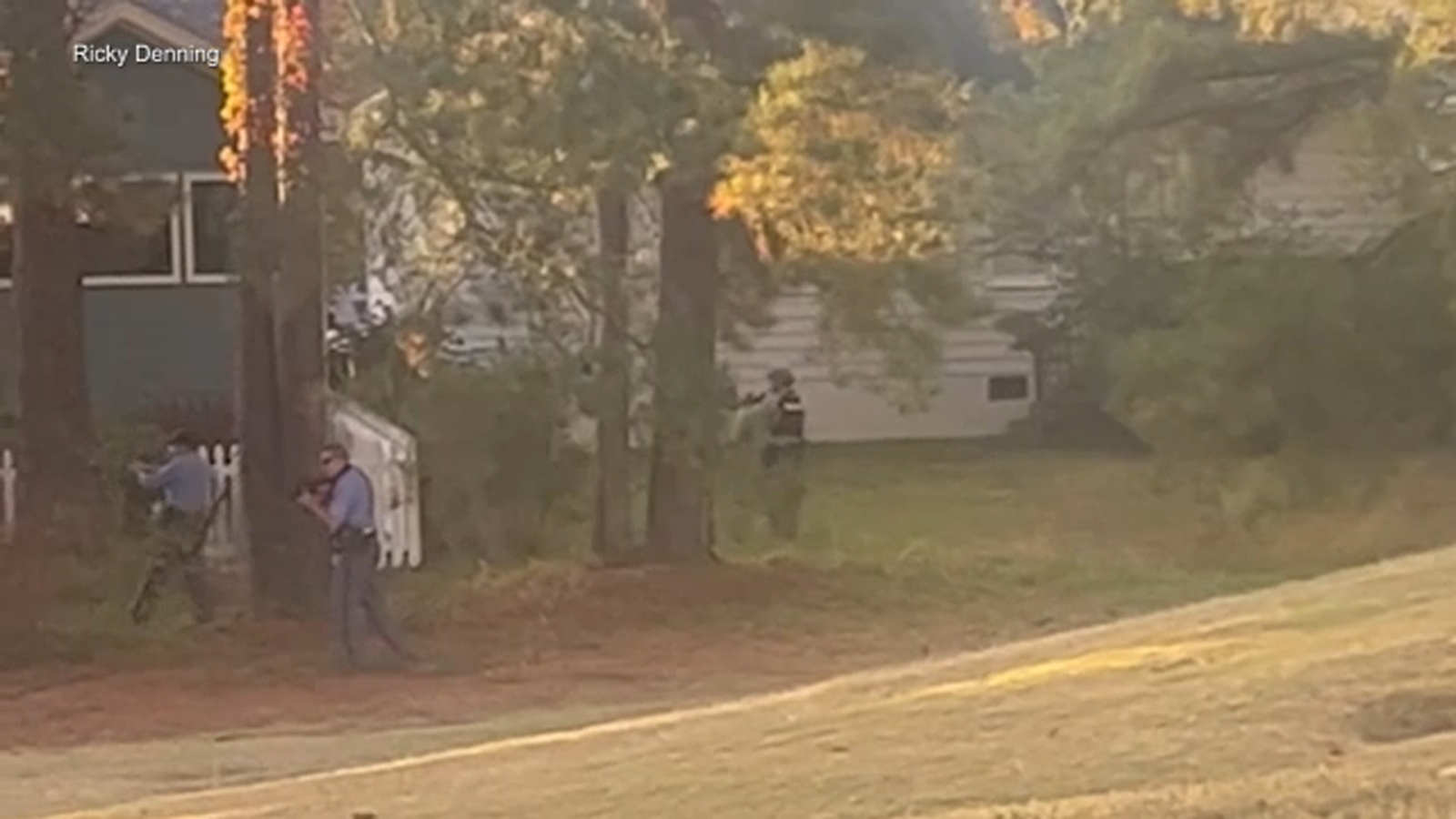 Five people were killed by a shooter who opened fire along a walking trail in North Carolina’s capital city on Thursday and eluded officers for hours before he was cornered in a home and arrested, police said.

An off-duty police officer was among those killed by the suspect, who police told reporters is a 15-year-old boy. He was arrested around 9:37 p.m., authorities said. His identity was not released.

The suspect has been taken into custody.

According to a federal briefing memo, the suspect “was taken into custody with life threatening injuries…It is unknown if the suspect’s injuries are self-inflicted.”

On Friday morning, officers were spotted searching a home near where the shooting took place.

“We don’t have answers as to why this tragedy occurred,” Raleigh Police Chief Estella Patterson said Friday.

The ages of the deceased range from 16-52. The 29-year-old off-duty police officer who was killed was on his way to work.

The crime scene spans over 2 miles, the chief said. She described the standoff with the shooter as long.

Shooting occurred in the street before the gunman fled toward the greenway, where more people were shot, the police chief said.

The gunfire broke out around 5 p.m. along the Neuse River Greenway in a residential area northeast of downtown, Raleigh Mayor Mary-Ann Baldwin said. Officers from numerous law enforcement agencies swarmed the area, closing roads and warning residents to stay inside while they searched for the shooter.

Two people, including another police officer, were taken to hospitals. The officer was later released, but the other 59-year-old survivor remained in critical condition.

“Tonight, terror has reached our doorstep. The nightmare of every community has come to Raleigh. This is a senseless horrific and infuriating act of violence that has been committed,” Gov. Roy Cooper told reporters.

This remains an active investigation. No suspects are in custody at this time. Residents in the affected area are advised to remain in their homes until further notice.

Authorities didn’t offer any details on a motive, but Baldwin joined Cooper in decrying the violence.

“We must stop this mindless violence in America, we must address gun violence,” the mayor said. “We have much to do, and tonight we have much to mourn.”

The Raleigh shooting was the latest in a violent week across the country. Five people were killed Sunday in a shooting at a home in Inman, South Carolina. On Wednesday night two police officers were fatally shot in Connecticut after apparently being drawn into an ambush by an emergency call about possible domestic violence. Police officers have been shot this week in Greenville, Mississippi; Decatur, Illinois; Philadelphia, Las Vegas and central Florida. Two of those officers, one in Greenville and one Las Vegas, were killed.

Thursday’s violence was the 25th mass killing in 2022 in which the victims were fatally shot, according to The Associated Press/USA TODAY/Northeastern University Mass Killings database. A mass killing is defined as when four or more people are killed excluding the perpetrator.

Brooke Medina, who lives in the neighborhood bordering the greenway, was driving home at around 5:15 p.m. when she saw about two dozen police cars, both marked and unmarked, race toward the residential area about 9 miles from Raleigh’s downtown. She then saw ambulances speeding the other direction, toward the closest hospital.

She and her husband, who was working from home with their four children, started reaching out to neighbors and realized there was a shelter-in-place order.

The family closed all of their window blinds, locked the doors and congregated in an upstairs hallway together, said Medina, who works as a communications vice president at a think tank. The family listened to the police scanner and watched local news before going back downstairs once the danger seemed to have moved further away from their home.

“We’re just going to hunker down for the rest of the night and be very vigilant. Keep all of our lights on, doors locked,” she said.

She described the neighborhood known as Hedingham as a sprawling, dense, tree-lined community that’s full of single-family homes, duplexes and townhomes that are more moderately priced compared to other parts of the Raleigh area.

Allison Greenawalt, 29, who also lives in the neighborhood, said she was sitting on the couch with her cat around 5 p.m. when she heard “three shots in a pretty rapid succession.” She said police arrived quickly and that she’s grateful that they were there during the chaotic hours while she sheltered inside. Her husband, meanwhile, tried to drive home from work after the shooting and was turned away by police who had closed nearby streets, and he didn’t make it home until around 10:30 p.m., she said.

“I was sitting in our house with the lights turned off and the windows closed for the majority of the evening, just waiting to hear that the shooter had been arrested,” she said.