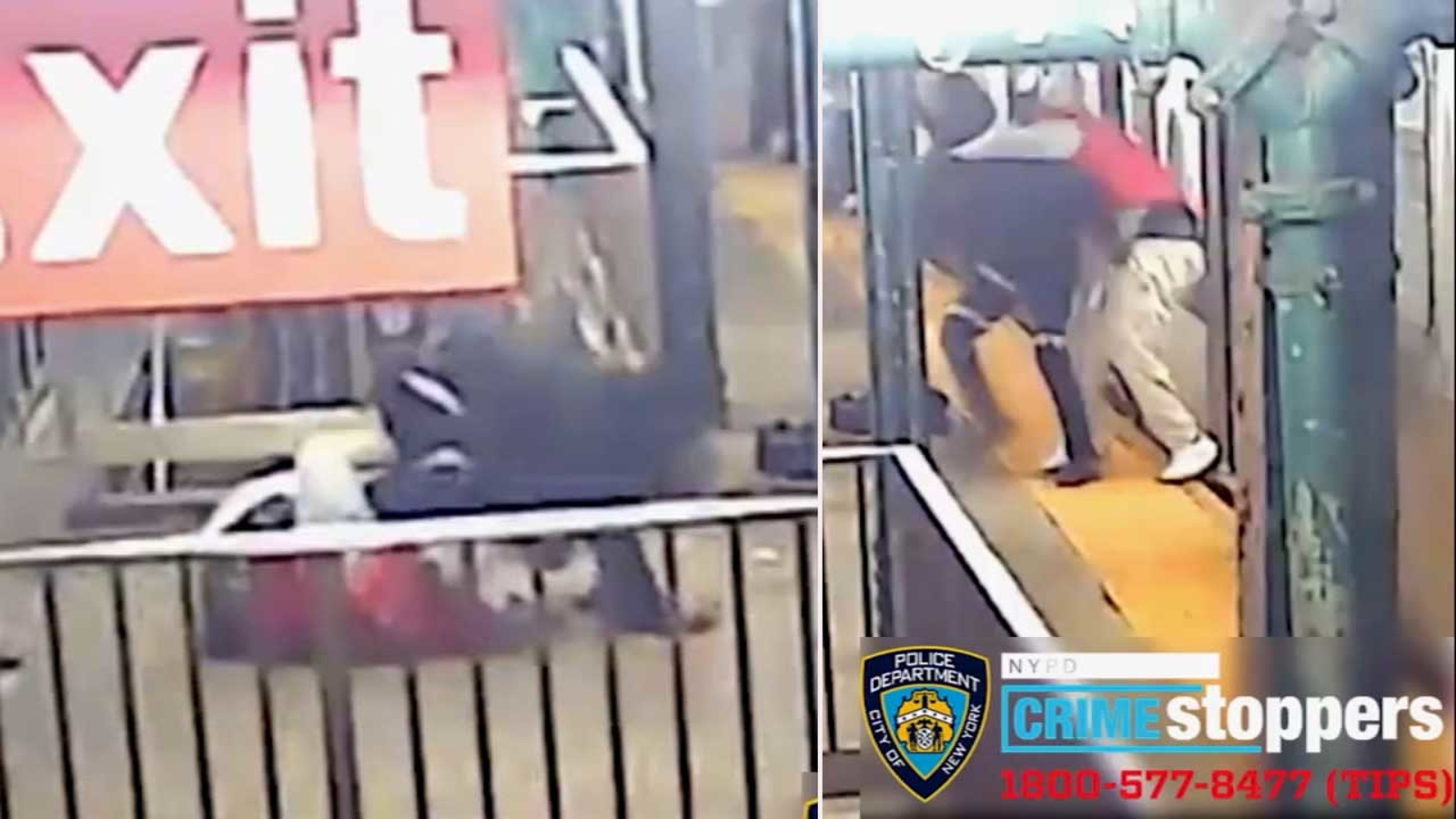 Three men were stabbed, one fatally, in separate attacks in the New York City subway system within an eight-hour span.

A 38-year-old Bronx man was getting off a northbound No. 4 train as it arrived at the 176th St. station just before 9 p.m. Thursday when he was stabbed multiple times in the back and chest by a suspect who came up behind him in what seemed to police to be an unprovoked attack.

The victim collapsed on the platform, was rushed to St. Barnabas Hospital, where he later died, becoming the seventh person to be killed in the NYC transit system this year, and the second fatal subway stabbing in less than a week.

He was later identified as Charles Moore.

The suspect is described as a man with a dark complexion, about 5’11, and was last seen wearing a dark-hooded sweatshirt and Nike sneakers.

Earlier Thursday, at 5:15 p.m., a 45-year-old man was slashed in the face by a man on a moped who followed him into a Brooklyn subway station in East New York.

Just after 1 p.m., a 59-year-old man was stabbed in the back at a Harlem subway station. The victim was waiting for a train at the 125th St station at St Nicholas Avenue when he got into an argument with a man he didn’t know, possibly after a harmless bump on the platform.

The other man pulled a knife and stabbed the victim in the upper back. He was taken to Mount Sinai Morningside hospital in stable condition

New York City Police Commissioner Keechant Sewell said the NYPD had “to do more” after three people were stabbed, one fatally, in three separate attacks on the subway within an 8-hour span.

“We’ve surged thousands of officers into the subway system,” Sewell said Friday during a news conference. “We have to deter and prevent this activity.”

Police said it was too soon to talk motive for the seemingly random attacks. None of the suspects is in custody.

“There was no contact in that train car between the victim and assailant,” Chief of Department Kenneth Corey said of the fatal stabbing in the Bronx. “Looking at the video, it looks as though the attacker goes after that individual specifically. We don’t know what the motive is.”

The department stressed the number of transit assaults and arrests have increased, but it is working on getting the illegal cutting weapons off the streets.

Police have made more than 600 arrests for illegal cutting instruments on the subway so far this year.

“The events of yesterday, very disturbing,” Wilcox said. “We are going to be out there with the riders and for the riders, keeping them safe.”

“The most I can do different is basically be a little more vigilant than usual, but I’m not surprised,” said one.

“I typically feel OK at this particular subway, first time I heard something this tragic at this subway,” said another.

Anyone with information on any of these cases is urged to contact the NYPD.