Teenager hit after gunfire erupts on bus in Yonkers 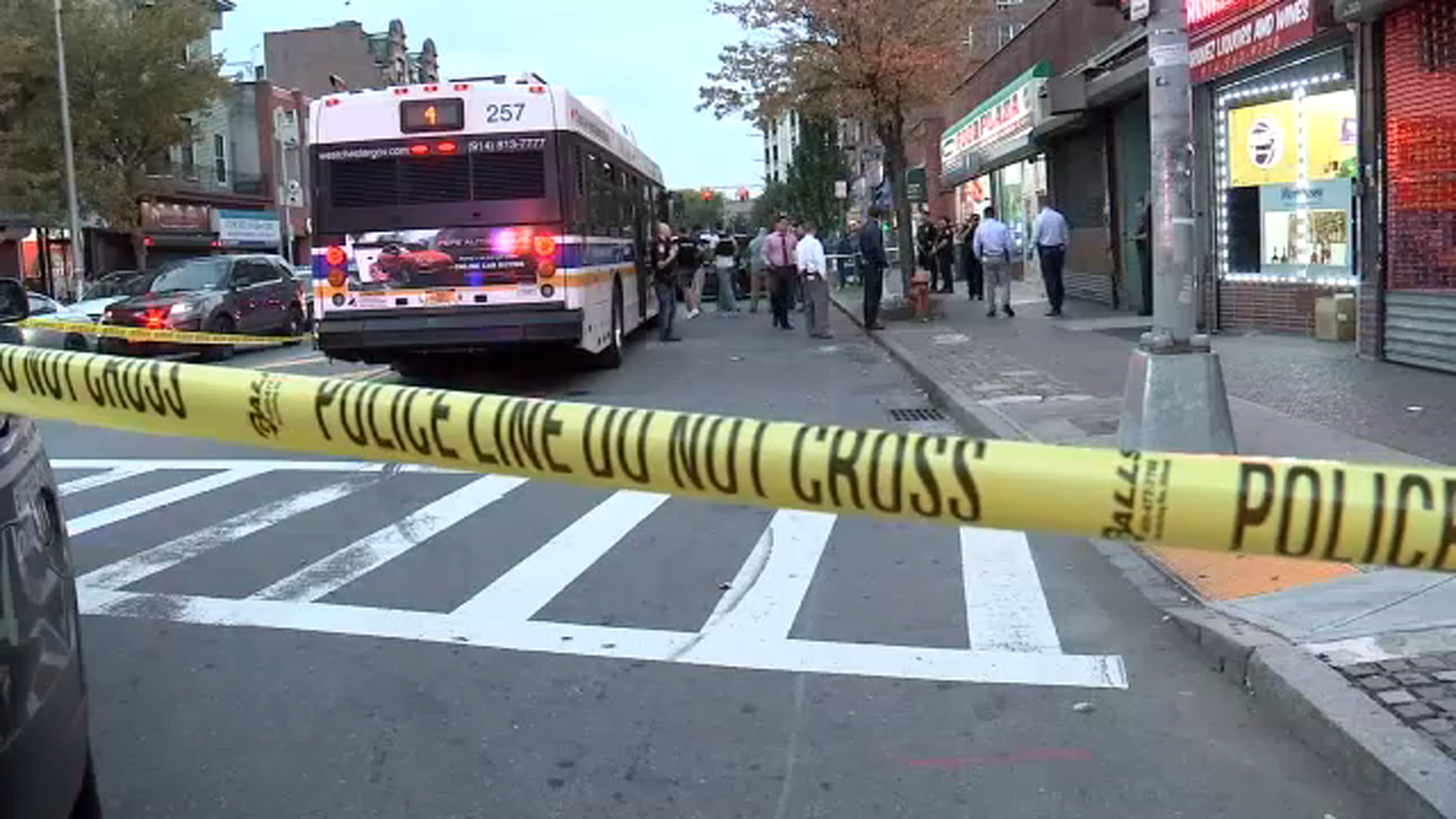 A teenager was hit after someone opened fire on a bus in Yonkers.

Investigators spend hours collecting evidence from the cameras aboard the Bee-Line Bus after gunfire erupted on the Friday afternoon commute.

Jenna was on the phone with a friend near the scene when someone opened fire.

“We heard like three loud sounds and I thought it was like the gate closing. She’s like ‘they’re shooting on the bus,’ and see people running out of the bus,” she said.

The whole bus then emptied out and nearly three dozen passengers raced to escape the gunfire aboard just after a bus pulled into a stop on the busy stretch of South Broadway in Yonkers.

“The bus driver tells us he heard several gunshots ring out and some folks were getting off the bus and then everybody else decided it would be a good idea to get off the bus too,” said Kieran O’Leary.

An 18-year-old Yonkers man who had just boarded the bus was shot in both legs and was hospitalized in stable condition.

Just after the shooting, a group of other teens jumped off the bus and ran away. Police want to know if the shooter was in that group.

Late Friday night there was no public description of the person with the gun – and even less of an understanding of the circumstances surrounding the shooting.

Detectives are still trying to figure out if the victim was actually the intended target of the violence.