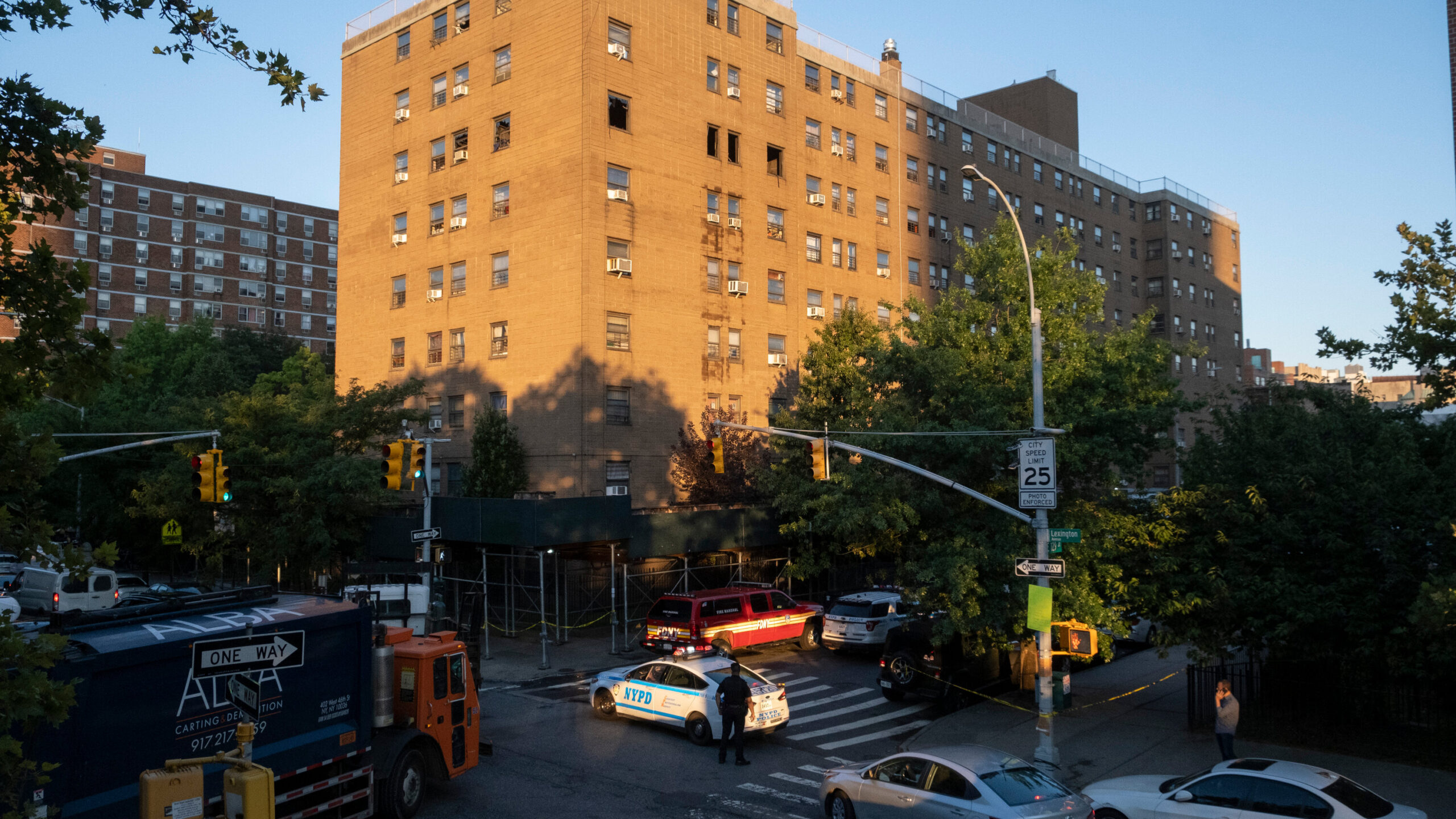 A 5-year-old girl and a 36-year-old woman have died, and the girl’s father was critically injured in a fire sparked by lithium batteries in an e-bike that burned through a Harlem apartment.

The girl, her father and the father’s girlfriend were sleeping and became trapped in Apt 6M when flames broke out at around 2:45 a.m. Wednesday at the Jackie Robinson Houses on East 129th Street.

The 46-year-old father and his daughter were rushed to Harlem Hospital, where the girl was pronounced dead.

The girlfriend was rushed to Lincoln Hospital, where she succumbed to her injuries.

The father remains in critical condition.

Fire investigators have confirmed lithium batteries in an e-bike was the cause of this fire. They say the e-bike was left in the entranceway of the building, trapping all three people.

Three dogs, all huskies, also died in the fire.

One firefighter and two other residents also suffered minor injuries.

A friend of the family said the father has lived in the building since they were kids.

Those who know the family well say the man was a great dad. He was so excited to get his daughter started in first grade next month, but now so many dreams shattered in an instant.

“I was just talking to her, playing around with her when I woke up this morning and saw this on the news I was devastated, devastated,” close friend Miriam Rodriguez said.

NYCHA has considered banning e-bikes in apartments due to the fire risk of lithium batteries.

Reporters reached out to them, and they say this proposed new policy will be up for a public comment early next month.

“To prevent fires and preserve the health and safety of residents, NYCHA is considering the adoption of a new policy that would prohibit e-bikes and e-bike batteries in its public housing buildings, including apartments and common areas,” NYCHA said in a statement. “This proposed new policy has been extended for public comment until September 6, 2022, at which time NYCHA will review and consider stakeholder feedback before issuing a final policy.”