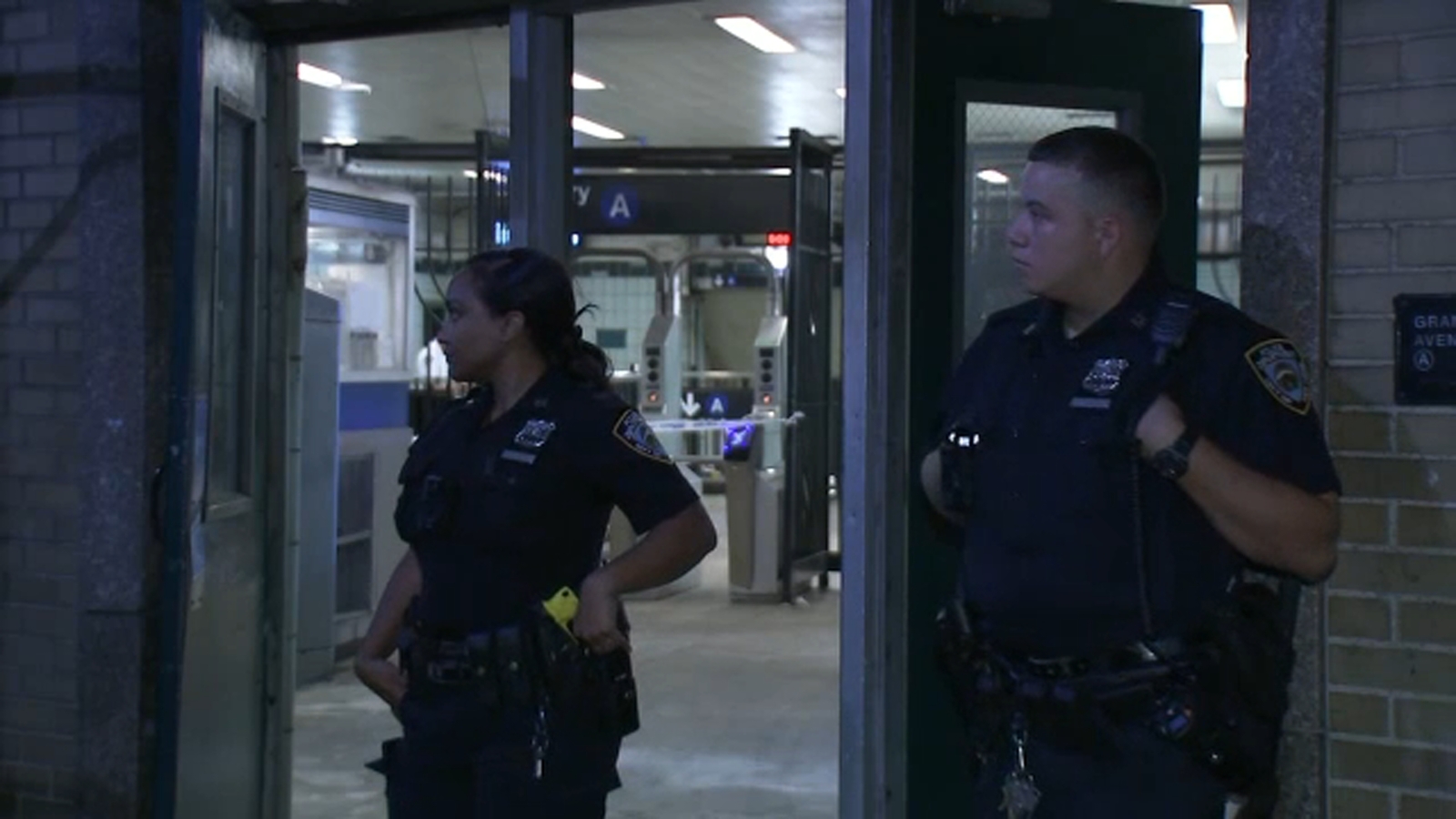 A 19-year-old was shot once in the leg while standing on a subway train platform in Brooklyn Wednesday.

Police say the 19-year-old was shot one time in the left left leg around 6:30 p.m. while standing on the southbound A train platform at the Grant Avenue subway station.

The victim tells police he was involved in a dispute with six other males, when one of the suspects pulled out a weapon and shot the victim.

The six suspects all fled from the scene by running out of the station and were last seen wearing dark clothing.