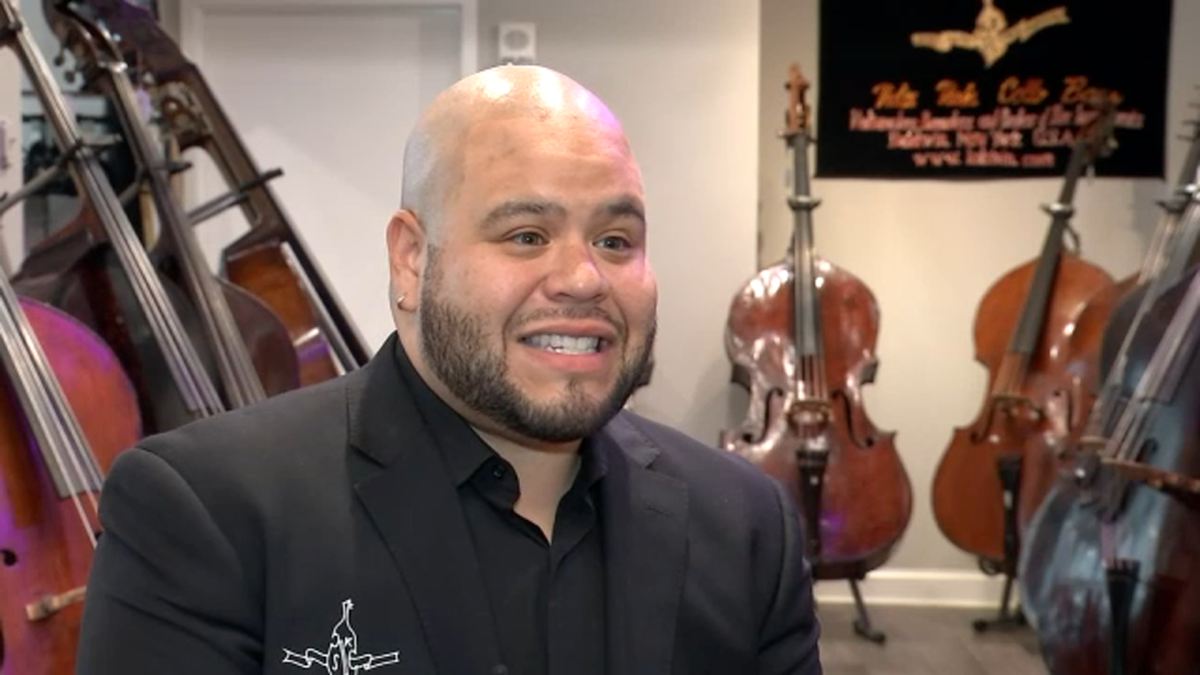 A man who worked his way up at a long-time music store in Manhattan says he is living the American Dream.

From cellos and upright basses to violins and violas, if it’s a stringed instrument, Kolstein Music has been selling, renting, restoring, and repairing it for nearly 80 years.

And the man pulling the strings is owner Manny Alvarez, for whom music has changed his world.

“I lived in Thailand, Hong Kong, China, I’ve been to many different places,” said Alvarez. “Music really is universal.”

Born to an Ecuadorian father and Salvadorian mother, Alvarez walked into the Kolstein’s store in Baldwin at age 15. The company was founded by Samuel Kolstein.

“I spoke to the owner and said, ‘listen, I love this instrument but unfortunately I cannot afford it,'” said Alvarez.

“There was something about Manny, when he walked in, there was something I liked very much about him as a young man,” said Barrie Kolstein. “And when his parents basically came back and said ‘we’re not in a financial position to do this right now,’ I looked at him and I said, ‘do you want a job?”

Alvarez worked every job in the store, returning after college. In 2019, Kolstein sold him the business.

“It was never in my trajectory, is it not what I thought, but it did end up becoming a natural progression,” Alvarez said.

Manny’s boldest move: opening a showroom on the ground floor of the Essex House Hotel in Manhattan, where he also hosts performances in the lobby.

The location, near Carnegie Hall and Broadway, offers musicians a place to shop or get their instruments repaired.

“To be able to have a better life than what your parents had, I can say thank God that we live in this country and that I have had that experience,” he said.

And his next stop? Moving beyond Manhattan.

Alvarez is in talks to form a partnership with a Latino-owned string shop in Denver, the first of a planned national expansion.