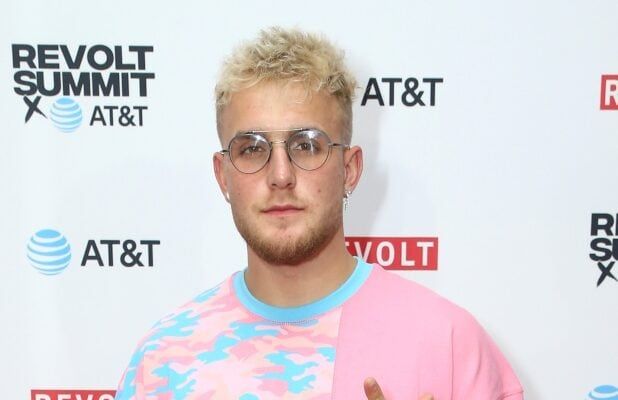 This tale of the tape does not favor aspiring boxer Jake Paul.

The 23-year-old athlete, actor and YouTube star — who brazenly said that he was recently misquoted when he allegedly referred to COVID-19 as a hoax — has been called on his claim.

The challenged statement occurred after a recent interview with Marlow Stern, a senior entertainment editor for The Daily Beast.

“So this guy, this reporter, he misquoted me. He took what I said out of context, and I told him that. I told him that the whole entire time,” Paul told The Verge on Friday. “COVID is very, very real. COVID is very real, like, it’s killed so many people. It’s killed people I know. It’s killed someone very, very close to me. So that’s what I’m saying. I don’t even know where that came from.”

But soon after The Verge article was published, Stern released his audio interview with Paul.

The 93-second clip uploaded on SoundCloud shows Paul offering several reasons as to why America should ease coronavirus restrictions, including millions of unemployed workers, rampant alcohol and drug abuse, and the bankruptcies of many small businesses.

Asked point-blank by Stern if he believes the virus is fake, Paul blurts out, “I think the disease is a hoax.”

Stern later posted a message on Twitter regarding Paul.

Paul previously had stated that he wouldn’t restrict himself during the pandemic.

“I don’t know what to think of it, to be honest. I don’t think anyone really does,” Paul told Business Insider regarding his thoughts on coronavirus. “No one has answers, our leadership is failing us and everyone kind of just doesn’t know what to do. But I personally am not the type of person who’s gonna sit around and not live my life.”

In July, Paul was slammed by social media users and politicians for hosting a monster bash at his Calabasas, Calif., mansion in the middle of the COVID-19 outbreak.

“They’re having this large party, no social distancing, no masks, it’s just a big, huge disregard for everything that everybody is trying to do to get things backs to functioning,” Calabasas Mayor Alicia Weintraub told Los Angeles TV station KTTV in mid-July.