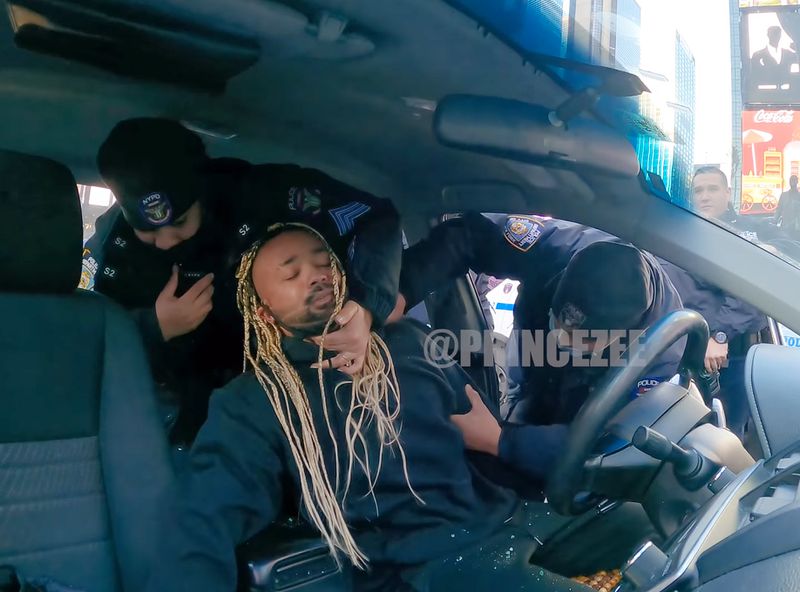 A YouTube prankster staged a medical emergency in Times Square, then filmed first responders breaking into his car to try and save him, police said — just to rack up thousands of views.

Zeeshan Saroya, known on YouTube as Prince Zee, is now facing charges of obstructing government administration, making a false report, disorderly conduct and other charges for his foolish Jan. 10 stunt near the corner of Broadway and W. 46th St.

The 30-year-old Queens man hid a small GoPro camera in a tissue box on the dash board of his friend’s car, then pretended to pass out at a stoplight, police said.

A witness saw him slumped over the wheel and flagged down nearby officers, who raced over and tried to open the door.

The video shows cops smashing the car windows when the door doesn’t budge, and pulling out Saroya to check his vitals.

Medics were also dispatched to check on Saroya, who blamed his bogus fainting spell on “two workouts and a red bull.”

The suddenly-revived Saroya was sent home but was back in police custody on Thursday — three days after he posted the prank on his YouTube channel.

“The YouTuber who faked a medical emergency in @TimesSquareNYC to gain followers also gained a criminal record, as he’s now been arrested & charged with the dangerous stunt that took NYC first responders away from other NYers in actual distress,” NYPD Police Commissioner Dermot Shea tweeted.

The 13-minute video posted Monday goes into elaborate detail on how Saroya planned the prank and ends with him giving a shoutout to the NYPD, medics and “everybody that helped my a–.”

Saroya was given a desk appearance ticket and is expected to face the misdemeanor charges in court at a later date, police said.

Other videos on his YouTube channel include clips of him passing out or falling asleep on passengers on city subway trains and beating a fake baby in public.