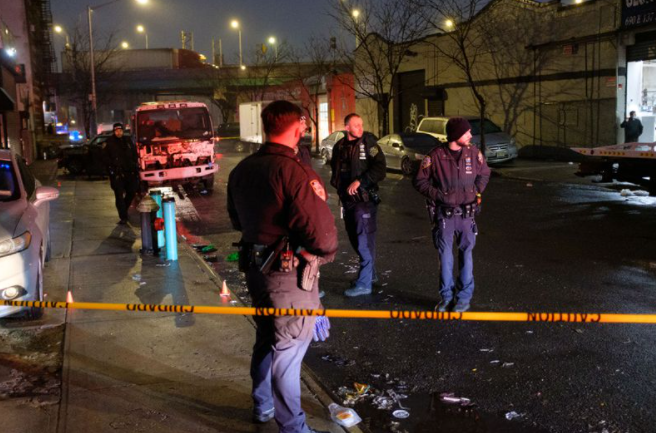 A drive-by shooter killed a woman and wounded a man on a Bronx street Monday afternoon, police said.

Medics took both to Lincoln Hospital, but Ortiz couldn’t be saved. It wasn’t clear if either of them was the intended target, police said.

Video obtained by the Daily News shows the shooter speed off in a white BMW, while a man on the sidewalk points a handgun at the fleeing vehicle before running after it.

“There were four shots. The lady was lying down on the ground, not moving. The guy lifted up his shirt, and he was bleeding. He was shot in the back,” said a nearby garage worker who wouldn’t give his name.

“The BMW went down the block and ran the light on the way to the Bruckner (Expressway).”

Cops were still looking for the assailant Monday night.