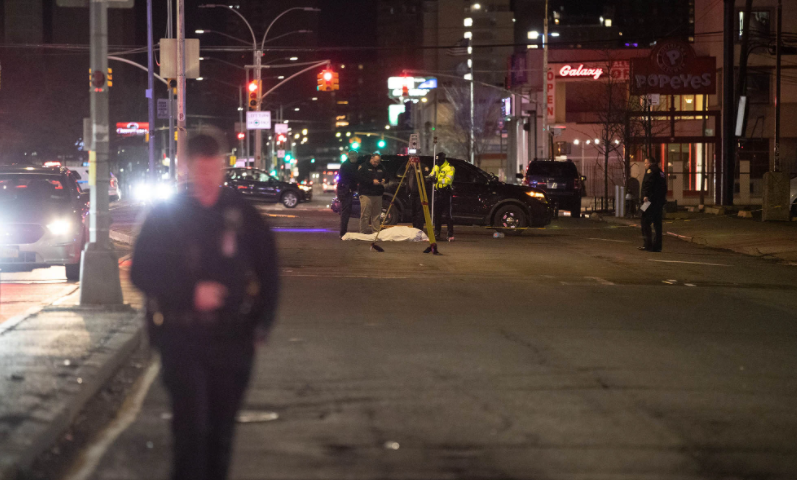 A 62-year-old woman fell off a curb in Brooklyn and and was fatally struck by a passing driver early Tuesday, police said.

The victim was stepping off of the curb mid-block on Pennsylvania Ave. near Linden Blvd. in East New York when she stumbled and fell onto the pavement at 12:58 a.m., surveillance video reviewed by police shows.

A moment later, a driver ran the woman over and kept going, police said. It was not immediately clear if the driver knew they hit someone.

The woman suffered a massive head injury and died at the scene. Her name was not immediately released.

The driver who struck the woman is being sought for questioning.