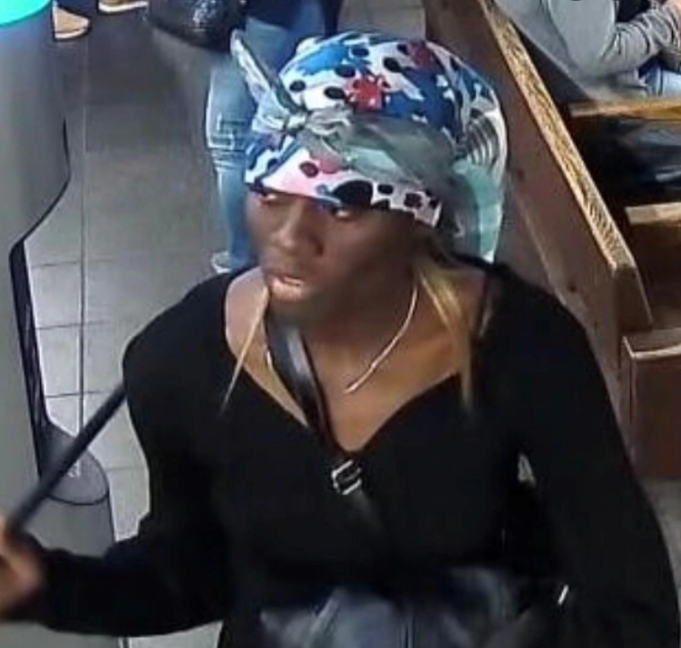 A Manhattan judge ordered a woman accused of pushing a straphanger into an oncoming subway train in Times Square to be held on $100,000 bail Wednesday.

Prosecutors charged Anthonia Egegbara, 29, with attempted murder and assault for shoving Lenny Javier into the side of an uptown No. 1 train as it came barreling into the station during the Monday morning rush hour.

Footage of the caught-on-video assault shows Egegbara sitting on a platform bench as the train pulls into the Midtown station.

Egegbara jumps from her seat, using her shoulder to slam into an unsuspecting Javier from behind, causing the victim’s shoe to fall off.

Javier was knocked backward by the train and crashed to the platform floor. Medics treated her at Mount Sinai Hospital for a broken nose and cuts and bruises all over her body, the woman’s family members told the Daily News in the attack’s wake.

“I just got out of surgery,” Javier told reporters when reached by phone Wednesday.

Earlier in the day Javier told CBS News she was still reeling from the incident.

“My face is swollen. I have a broken nose, a fractured chin,” she said. “I never thought it would happen to me.”

The victim’s brother-in-law Sergio Gomez noted that if Egegbara had shoved the victim seconds earlier, she likely would have gone under the train.

Transit officials say the random act of violence underscores the need for the city to provide meaningful mental health services to those who may endanger themselves and others.

Egebara’s attorney David Miranda reserved making a complete bail application at her arraignment, but asked the court to order a psychiatric and medical evaluation for his client.

“For one, I would note that Ms. Egebara is street homeless and any bail, even $20 bail, would be beyond her means and beyond her reach,” he said.

Egegbara is due back in court Friday.