Wife accused of stabbing husband after finding photos of him having sex with ‘another’ woman — but that woman was herself when she was thin! 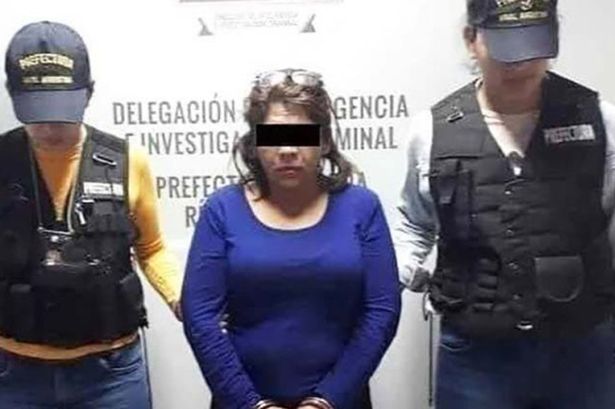 A woman in Mexico was so blinded by jealousy that she couldn’t recognize her own naked body before resorting to violence, authorities said.

The angry wife is accused of stabbing her husband after finding photos of him having sex with a much younger and slimmer woman.

What she failed to realize was the purported “mistress” was herself, photographed a few years earlier.

The suspect, identified only as Leonora R., saw the explicit images on the victim’s cellphone earlier this month and decided to attack him with a kitchen knife at their home in Cajeme, a town in the northwestern state of Sonora, police told local media.

She reportedly grabbed the weapon and stabbed him multiple times without giving him a chance to explain himself, according to Mexican newspaper La Prensa.

The poor husband, who sustained several injuries but survived, was eventually able to disarm his violent wife and calm her down, authorities said. He then explained to her that the photos were from them having sex when they were still boyfriend and girlfriend, La Prensa reported.

The victim reportedly told her he found the old images in an email that they exchanged years ago and decided to save them on his phone.

Leonora R. took a close look at the photos and finally recognized herself, though it was too late because neighbors had heard the commotion and called 911, according to the report.

The woman was arrested and is now facing domestic violence charges.