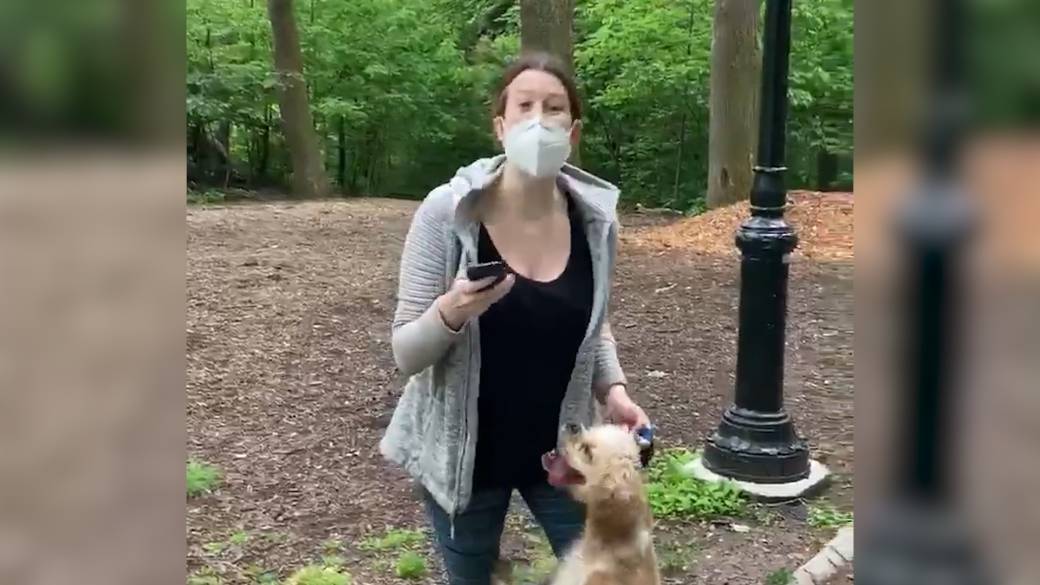 A showdown caught on camera in Central Stop is going viral.

Chris Cooper, the man who taped the encounter, said the woman, Amy Cooper, called police on him after he asked her to put her dog on a leash.

They were in a part of the park called the Ramble, where dogs are supposed to be on a leash, and Chris Cooper said the dog was running loose and tearing through plants.

When Amy Cooper began to argue with him, Chris started to record her on his phone, and that’s when she called police.

Video of the incident was posted to Twitter on Monday afternoon and has already been viewed more than 8 million times.

Oh, when Karens take a walk with their dogs off leash in the famous Bramble in NY’s Central Park, where it is clearly posted on signs that dogs MUST be leashed at all times, and someone like my brother (an avid birder) politely asks her to put her dog on the leash. pic.twitter.com/3YnzuATsDm

She called 911 and reported “an African American man” was threatening both her and her dog.

“At some point she decided to make it a racial thing and at that point, I guess my thinking was: I can sort of capitulate to this racial intimidation or I can just do what I’m doing and continue recording and document what’s going on here. And that’s what I did,” Chris Cooper said.

She eventually put her dog on a leash.

By the time officers arrived at the scene, both had left.

No charges have been filed, but the woman was reportedly put on administrative leave from her job.

Amy Cooper later she wanted to “publicly apologize to everyone.”

“I’m not a racist. I did not mean to harm that man in any way,” she said, adding that she also didn’t mean any harm to the African American community.

“She called the police BECAUSE he was a Black man. Even though she was the one breaking the rules. She decided he was the criminal and we know why. This kind of hatred has no place in our city,” he tweeted.

An animal rescue group said the owner has voluntarily surrendered the dog in the video while the matter is being addressed.