Voters head to the polls with all eyes on mayoral race 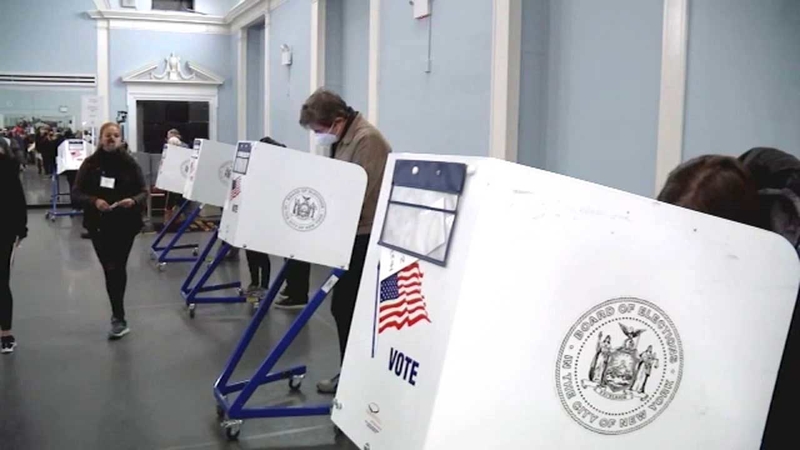 Primary Election Day has finally arrived. And all eyes are on the race for mayor, which is also a major test of ranked choice voting.

The mayoral candidates are voting – and greeting voters – this morning.

Eric Adams cast his ballot in the memory of his mother, who died during the mayoral campaign.

“The city betrayed her,” Adams said, tearing up after voting at PS 81 in Bedford Stuyvesant, Brooklyn. He said his mother died several months ago.

Adams was joined by his son, Jordan, and a large group of supporters at the polling site.

Kathryn Garcia started her day even earlier than Adams, joining Sanitation Department workers for their roll call at the Manhattan 12 District Garage in Inwood, where she first addressed workers as sanitation commissioner.

“I feel great,” she said. “We just came from a roll call from this morning. So we are going to hop the city, getting out the vote. That’s what today is all about.”

Andrew Yang started the day in Hell’s Kitchen, greeting voters at a polling site there, then moving on to the Bronx.

At a news conference there, Yang acknowledged he will likely not know tonight if he will be the Democratic candidate for mayor, but said he is willing to wait for the result.

“I’ve committed to waiting and respecting the process,” he said. “I love ranked choice voting. I think it should be the future, not just in New York City but around the country.”

Maya Wiley started out in Williamsburg, Brooklyn, where she briefly rode a Revel scooter and greeted supporters on the street.

“It’s Election Day,” she said. “We are so excited to be out here…. I’m the Progressive that’s going to win this race.”

Scott Stringer was expected to start the morning on the Upper West Side, while Ray McGuire is on the Upper East Side.