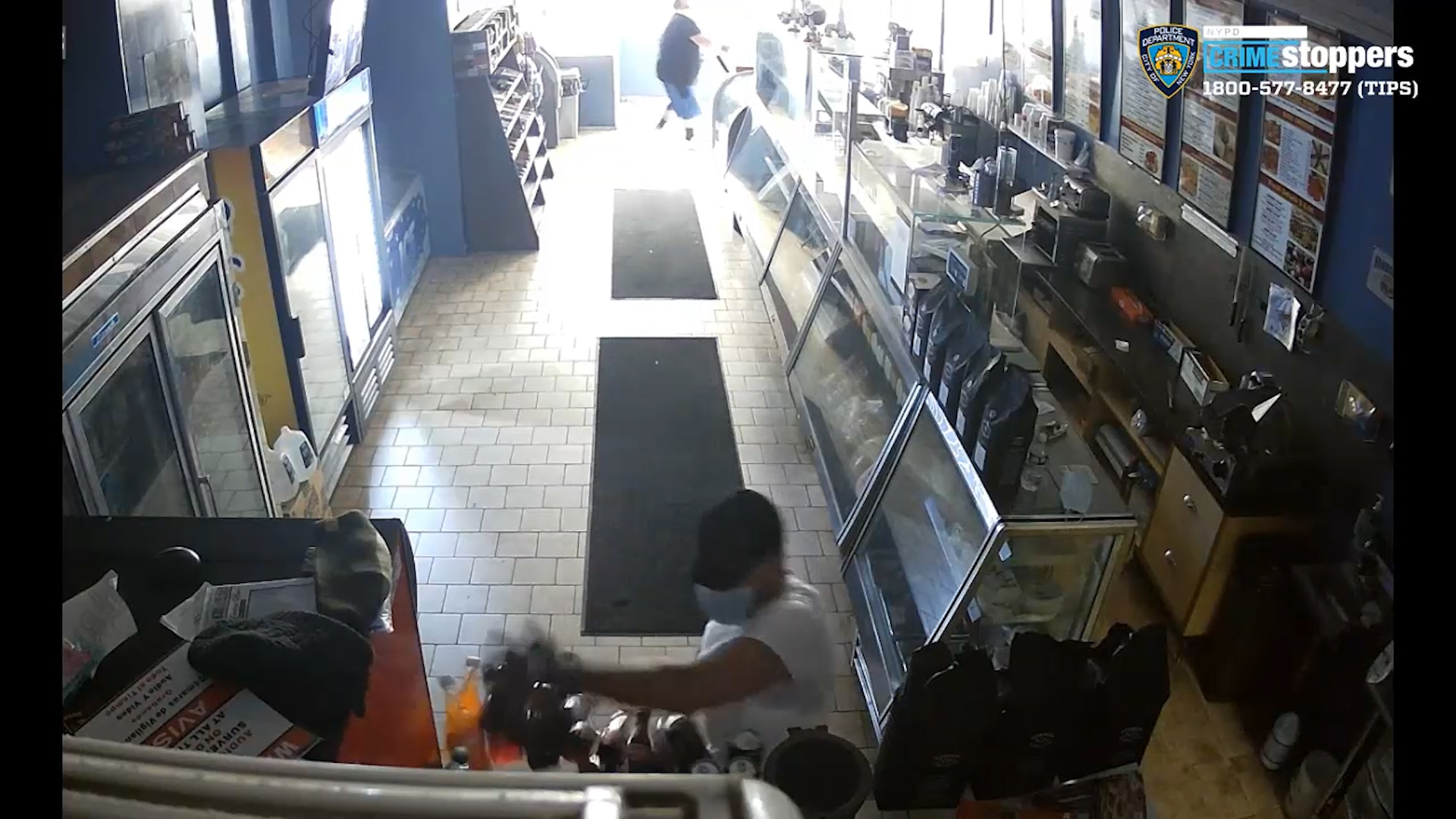 A trio of vandals on a violent schmear campaign busted up a Brooklyn bagel shop for no apparent reason, trashing the store and smashing glass without uttering a single word, the store’s shocked owner said Tuesday.

The three men, their faces hidden by masks, prompted some instant anti-social distancing as the terrified owner fled to the rear of the store during the lox, stock and bottle-breaking rampage.

The damage in the caught-on-video spree was estimated at $13,000 by the owners of Two Brothers Bagels — siblings who immigrated from Mexico and opened the business nine years ago.

“We were closed, waiting for our delivery guy to bring the bikes inside,” recounted owner Hedgar Morales, 35, who was behind the counter when the first two men walked through the unlocked front door about 5:30 p.m. Monday.

“They didn’t even say nothing to me,” Morales continued. “I just told them, ‘We’re closed.’ Like 30 seconds after that, a third guy came inside. That’s the guy who broke the glass.”

Tables were thrown, a shelf holding bags of snacks was toppled, glass soda bottles were smashed and a meat slicer was picked up and dropped on the floor as Morales fled from the three men. After the third man came inside and kicked through a glass deli display case, the trio exited through the front door and were seen on the video sauntering from the crime scene.

None said a word as they tore up his business, Morales said.

The co-owner said he was stumped for a motive but customers wondered if the store were targeted simply because the owners are immigrants.

“I think it has a lot to do with the political environment right now,” said Paul Bardo, 66, a retired firefighter and longtime store patron. “Minorities of any shape, color, just being picked on. For what purpose? What was your statement? What was your mission?”

Bardo was one of many customers popping in Tuesday to show their support for the business and its owners. Some didn’t even order anything, instead just hugging the workers on a difficult morning.

Cops have made no arrests and are asking the public’s help identifying and tracking down the vandals. Anyone with information is asked to call Crime Stoppers at (800) 577-TIPS. All calls will be kept confidential.

Customer Francesca Lofaro, 54, the daughter of Italian immigrants, said the Morales brothers were just trying to run a business like millions of other people who came to this country seeking a better life.