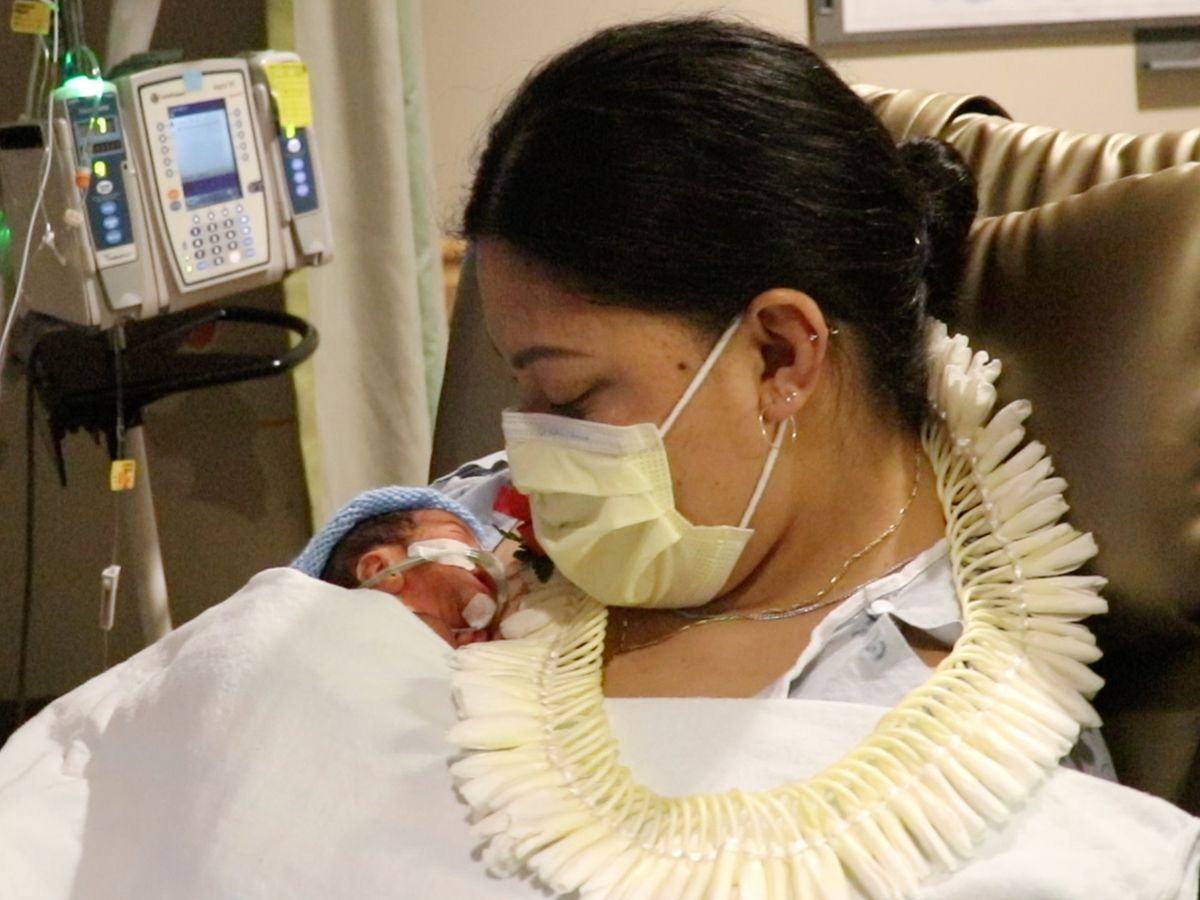 The woman who welcomed a baby aboard a plane last week revealed she didn’t realize she was pregnant before she began to give birth.

Lavinia “Lavi” Mounga was traveling on a Delta flight from Salt Lake City to Honolulu for vacation on April 28 when she went into labor 29 weeks into her pregnancy.

“I just didn’t know I was pregnant, and then this guy just came out of nowhere,” Mounga shared with Hawaii Pacific Health.

It just so happened that Dr. Dale Glenn of Hawaii Pacific Health was also on the flight, as were three North Kansas City Hospital neonatal nurses. They each helped Mounga deliver the baby boy.

“About halfway through the flight, there was an emergency call, and I’ve experienced this before and usually they’re pretty clear asking if there is a doctor on board,” Dr. Glenn said in a statement through Hawaii Pacific Health.

“This call was not like this and it was fairly urgent. I let the flight attendant know that I’m a physician and she said we have a woman having a baby, so I hurried over to see what I could do.

Mounga named the child Raymond Mounga. The newborn will spend 10 weeks at a neonatal intensive care unit because he was born early.

The new mom told Hawaii Pacific Health that it was “just overwhelming and just nice that there was three NICU nurses on the plane and a doctor that were able to help stabilize him and make sure that he was OK.”