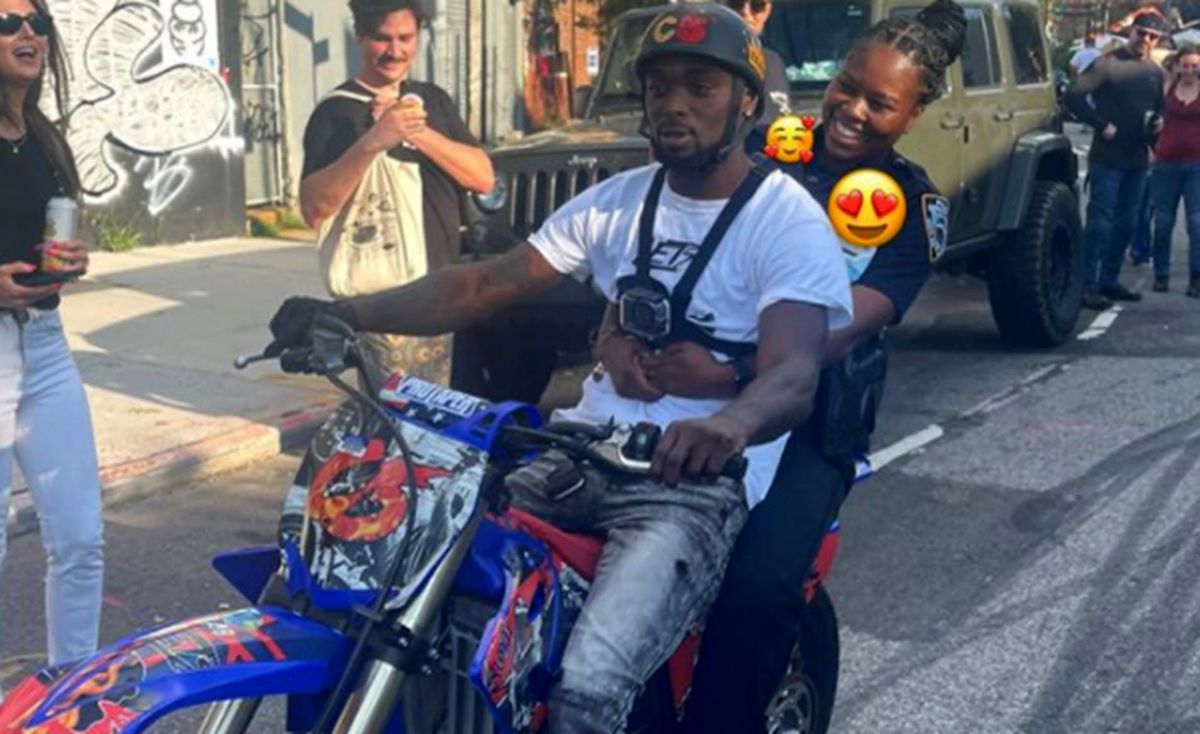 An on-duty NYPD cop was caught on camera riding on the back of a dirt bike during a Brooklyn block party — despite a citywide police crackdown on the illegal rides.

The clips show the officer in full uniform riding on the back of the bike down Banker St. in Greenpoint. At the end of the clip, the operator pops a wheelie.

The Instagram user inserted an emoji to cover the officer’s badge number. The video is believed to have been taken Saturday.

The city has been cracking down on illegal dirt bikes and ATVs after complaints of loud revving, dangerous riders and crashes.

The NYPD is aware of the officer’s joy ride and are investigating the incident, a police spokesperson said.

In May, NYPD Chief of Department Rodney Harrison offered up to $100 to any New Yorker who tips off police to or turns in an illegal motorbike.

At a press conference on Staten Island Thursday, Mayor de Blasio issued a warning to illegal riders as NYPD bulldozers crushed a row of confiscated dirt bikes and ATVs.

“Anyone out there who has an illegal dirt bike, don’t even think about it because the NYPD will find it and crush it,” de Blasio said. “These dirt bikes do not belong in New York City. It is against the law. Period.”