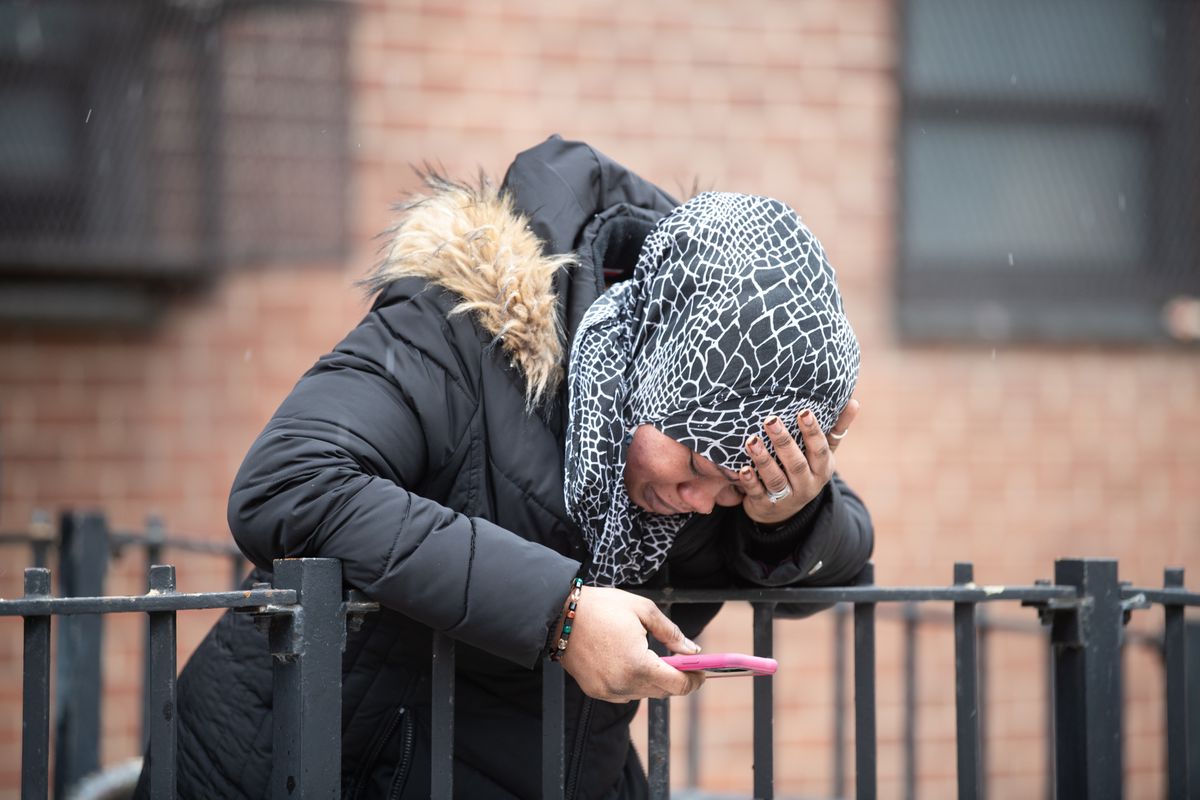 Mom of eight Fatoumata Danson was gunned down by her shiftless son inside their apartment after a morning dispute over his refusal to find a job, according to cops and the victim’s brother.

The unemployed and unhinged Musa Camara, 22, was tasered and arrested after allegedly shooting his mother in the head and then firing a shot at a stranger on the street after fleeing his family’s NYCHA building, police said.

Danson, 40, was found with a fatal gunshot wound near the door of their home in the Lehman Village Houses on E. 108th St. near Park Ave.

“The son don’t want to work,” said his uncle Yankuba Sangarie through tears. “He’s very lazy. He wants the mother to take care of him all his life … He don’t want to go to work or get a place for himself. That’s the reason that he shot the mom.”

Camara was taken to Metropolitan Hospital for a psychiatric evaluation. Police sources said the suspect has a history of mental illness.

Police responded to the apartment multiple times in the past to stop fights between the suspect and his mother, sources said.

“They said he was smoking weed before everything happened,” said the gunman’s cousin, Fataumata Sankareh, as devastated family members gathered outside the Lehman Village Houses to mourn the victim. “I’m still shocked … confused. I first heard it, I fell to the floor. I can’t believe it.”

Cops were called to the building about two blocks from Central Park about 9:20 a.m., with neighbors reporting the son had just shot his mother and fled the scene. At about the same time, cops were summoned to the corner of E. 110th St. and Park Ave. after Camara allegedly opened fire on a 29-year-old stranger.

The victim was not hit and cops quickly took the slain woman’s son into custody. Once inside the 23rd Precinct stationhouse, the suspect began acting out and stripping off his clothes before he was hospitalized, authorities said.

“I want him to go to life in prison,” said Sangarie, mourning his slain sister. “No mercy for him. He killed somebody lovely in the family.”

Danson, a Gambian immigrant who worked as a home health aide, was remembered by her bother as a “very sweet person” who came to New York in search of a better life for her family and instead died at the hands of her own child.

“She don’t have a problem with anybody,” said Sangarie. “She’s a hardworking lady, taking care of her eight children. Everybody loves her. She’s a good sister, a good family member.”