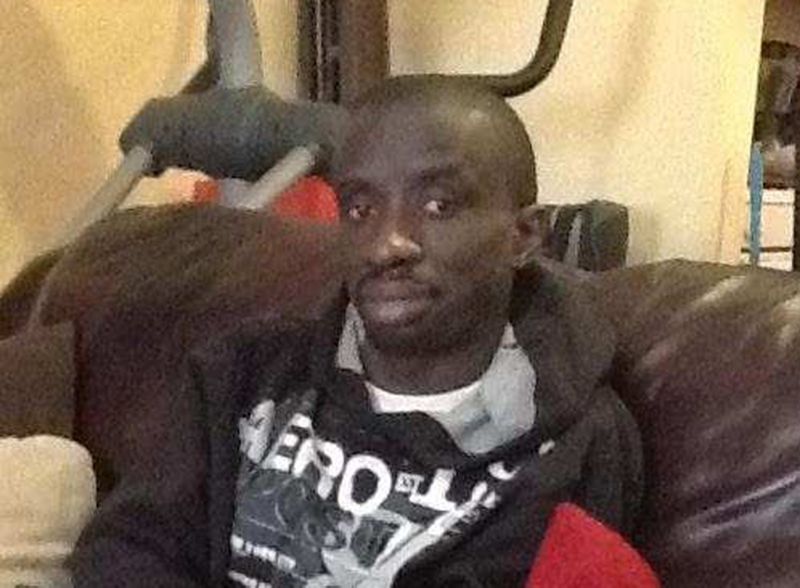 A man and a woman face murder charges in the brutal strangulation of a Brooklyn man who was found dead in his apartment with his hands and feet bound.

Malcolm Holder’s caretaker found him facedown on the floor of the living room in his second-floor Crown Heights apartment Friday morning, police said. The 46-year-old’s hands were tied behind his back and his ankles were bound together, cops said.

Police on Monday announced they arrested Amanda Sylvester, 35, and Sean Idlet, 49, charging them with murder. Holder was strangled in what police believe was a robbery, cops said.

“I’m happy,” Holder’s brother, Dillon, said of the arrests. “But if he could come back that would be beautiful.”

Holder’s brother said he didn’t recognize either name, but family members said before news of the arrests broke they believe he knew his attackers — and trusted them.

“There was no forced entry, so this has to be someone he trusted. My brother wouldn’t open the door for someone he didn’t trust,” his sister, Leslyn Cummings told the Daily News Monday. “He is not trusting like that, he really has to know you.”

He was found in his sleep clothes, she said, which leads her to believe it was someone he knew.

Holder suffered a traumatic brain injury at age 2, when he fell down two flights of stairs and hit the stone ground below. His family came to New York from Guyana when he was a teenager, she said.

He had a caretaker help him two days a week, but he stayed self-sufficient, and worked at the Home Depot in Brooklyn’s Gateway Center, said Cummings, who had harsh words for the killer.

“You could have took whatever you want there was no reason to murder him,” she said. “He’s not an animal, and even an animal shouldn’t be murdered.”

Cummings last spoke to her brother the day before his death, chatting over the phone about politics and Washington.

“Usually if we didn’t talk in the night we would talk the following day,” she said. “And the same time the next day I got the call about what happened.”

They spent some time together right after Christmas, she said, to exchange gifts.

“No more Christmas, no more Thanksgiving, no more birthdays,” Cummings said. “No more getting to take him out. It’s going to be really, really tough.”