U.S. ‘on track’ for total Aug. 31 withdrawal from Afghanistan 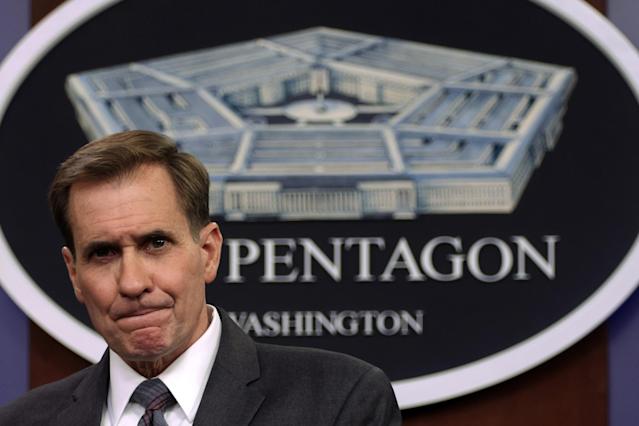 The Pentagon says it remains prepared to airlift more Americans from the Kabul airport, even as the evacuation winds down.

U.S. military officials Monday vowed all forces would be gone by Aug. 31, the deadline set by President Biden.

“We’re dealing with a situation that is dynamic, dangerous, and fast-changing,” said John Kirby, the top Pentagon spokesman.

Kirby admitted the Pentagon is being extremely sparing with information about the pullout, noting the heightened danger involved in the final hours of the withdrawal that effectively ends the 20-year American-led war in Afghanistan.

He even refused to say whether Biden’s deadline referred to the exact end of Aug. 31 in Kabul, which would be around 3:30 p.m. Tuesday eastern daylight time, or some other time.

Kirby and Gen. Hank Taylor rebuffed most questions about the drone strike on an explosive-laden car bomb in a Kabul residential neighborhood that also killed several Afghan civilians, including several children.

The Pentagon blamed the civilian deaths on what it called a “secondary explosion,” likely from the explosives in the car, although critics question that assessment.

Several rockets have also been fired by suspected ISIS-K militants at Hamid Karzai International Airport as the U.S. winds down its involvement on the ground in Kabul. At least one of the rockets was intercepted by an air defense system, while others landed without doing damage or causing casualties.