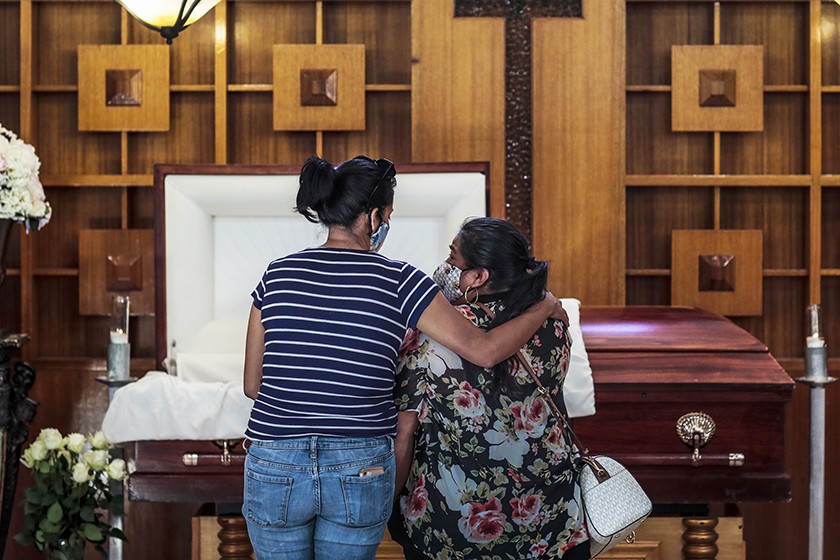 More than half a million people in the U.S. have died from COVID-19.

The morbid milestone was reached Monday, according to data compiled by Johns Hopkins University. The U.S. death toll, estimated at exactly 500,071, is almost twice as high as that of any other nation.

The deadliest single day was Jan. 12, when 4,401 Americans died, according to the data. Approximately 1 in every 656 people in the U.S. has now died from the disease.

Only 37 U.S. cities have a population of more than 500,000. More people have died of COVID-19 than live in Kansas City, Raleigh or Miami.

The U.S. has recorded more than 28 million coronavirus cases since the pandemic began, also the most of any country by far and likely a massive undercount.

The increased availability of vaccines, combined with a lack of travel following the holidays, has drastically reduced daily case counts in recent weeks. After peaking at nearly 300,000 new cases on Jan. 2, last week brought five straight days with fewer than 70,000 new infections detected.

More than 19 million people in the U.S. have received the two doses of a COVID-19 vaccine necessary for full immunity, according to Centers for Disease Control data. More than 44 million have been given at least one shot.