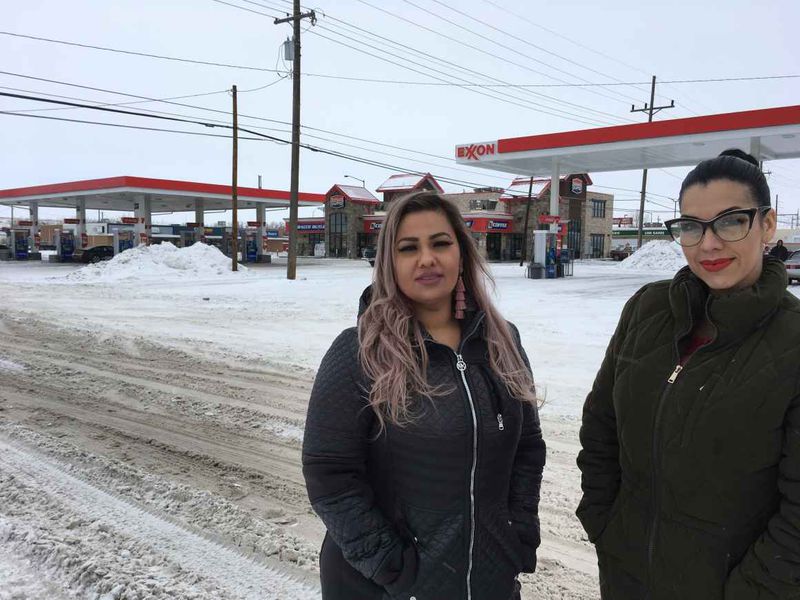 A pair of American women detained by a U.S. Customs and Border Protection agent after they were overheard speaking in Spanish at a Montana convenience store have reached an undisclosed settlement in their lawsuit against agency, the ACLU announced.

Ana Suda and Martha “Mimi” Hernandez were out buying groceries in the city of Havre, a small town about 35 miles from the Canadian border, when they were approached by Agent Paul O’Neal the night of May 16, 2018. He asked both women for their IDs and then admitted to doing so because he heard them chatting in another language.

The incident sparked widespread backlash after video of the interaction, recorded by Suda, went viral online.

“Ma’am, the reason I asked you for your ID is because I came in here and I saw that you guys are speaking Spanish, which is very unheard of up here,” O’Neal can be heard saying in the clip.

When asked whether he was racially profiling them, the agent denied it.

“It has nothing to do with that,” he says. “It’s the fact that it has to do with you guys speaking Spanish in the store, in a state where it’s predominantly English-speaking.”

The pair also had valid Montana driver’s licenses and showed them to O’Neal and a supervisor, who arrived later on the scene. According to the lawsuit, the agents made it clear through words and actions that the women were not free to leave the convenience store parking lot for nearly an hour.

Their lawsuit contended O’Neal violated their Fourth Amendment right “because there was no legitimate reason to seize the women; and of equal protection, because the agent singled the women out based on race, relying on their use of Spanish as justification and proxy for race.”

The court documents additionally noted that “America is a multi-lingual, multi-racial and multi-ethnic country” with “no official language.”

In settling the case, U.S. Customs and Border Protection did not admit liability and added in a statement that “the overwhelming majority of CBP employees and officers perform their duties with honor and distinction, working tirelessly every day to keep our country safe.”

It’s unclear whether O’Neal still works for the agency or if he faced any disciplinary action in the case.

In wake of filing their complaint against the agency, both Suda and Hernandez moved out of Havre due to the backlash they faced over the viral incident.

The city of nearly 10,000 people, located about about 30 miles from the U.S.-Canada border and near two Native American reservations, is mostly white, with about 15% Native American and about 4% Hispanic, according to the U.S. Census.

“We stood up to the government because speaking Spanish is not a reason to be racially profile and harassed,” Suda said in a statement provided by the ACLU.

“I am proud to be bilingual, and I hope that as a result of this case CBP takes a hard look at its policies and practices. No one else should ever have to go through this again.”