U.K.’s ‘most wanted woman’ arrested in Spain after 9 years on the lam 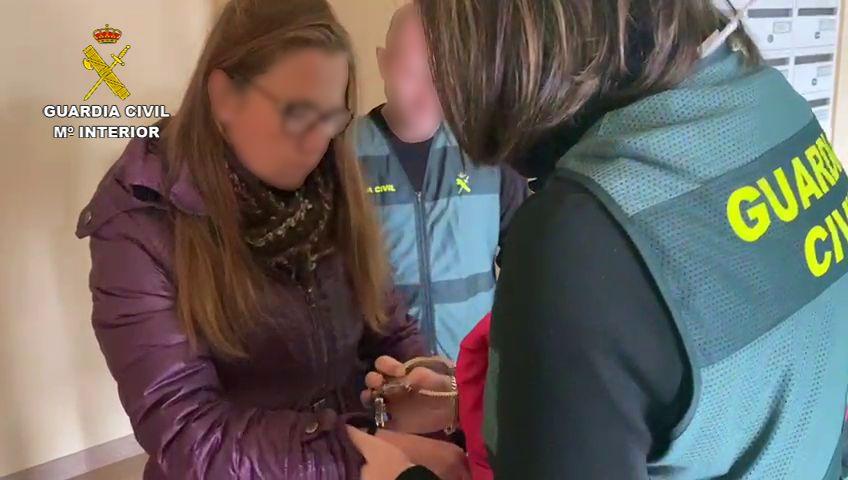 After nine years on the run, she was arrested while on a walk.

Spanish authorities arrested the U.K.’s “most wanted woman” on Sunday while she was walking her dogs, police said.

Sarah Panitzke, 47, was detained in the town of Santa Barbara, about 100 miles south of Barcelona on Spain’s east coast.

Panitzke was on trial in May 2013 when she disappeared from Britain. She was part of a £1 billion tax fraud scheme and sentenced in absentia to eight years in prison.

But instead of spending those eight years in the clink, she apparently spent most of them in Spain dodging the law. Spanish police said they were close to catching Panitzke in 2015, but she slipped through their hands with an impressive disguise.

Continuing the search, Spain’s Guardia Civil finally got another helpful tip this February that said Panitzke was in Santa Barbara, according to a press release.

Learning from their mistakes last time, the cops deployed a small army of plainclothes officers to monitor Panitzke’s movements. On Sunday, she went out to walk her dogs and was met by a bunch of cops.

Panitzke will likely be extradited back to Britain to serve her sentence. Authorities did not say if she would face additional charges for fleeing from justice.

Panitzke was part of a 16-person fraud operation that centered on dodging the U.K.’s 20% sales tax, or VAT. She was the last of the conspirators to be captured.

“Sarah Panitzke has been on the run for almost nine years. Given the length of time she might have thought we had stopped searching, but she remained on our radar,” said Tom Dowdall of the U.K.’s National Crime Agency. “This should serve as a warning to others on our most wanted list – we will not rest until you are captured, no matter how long it takes.”