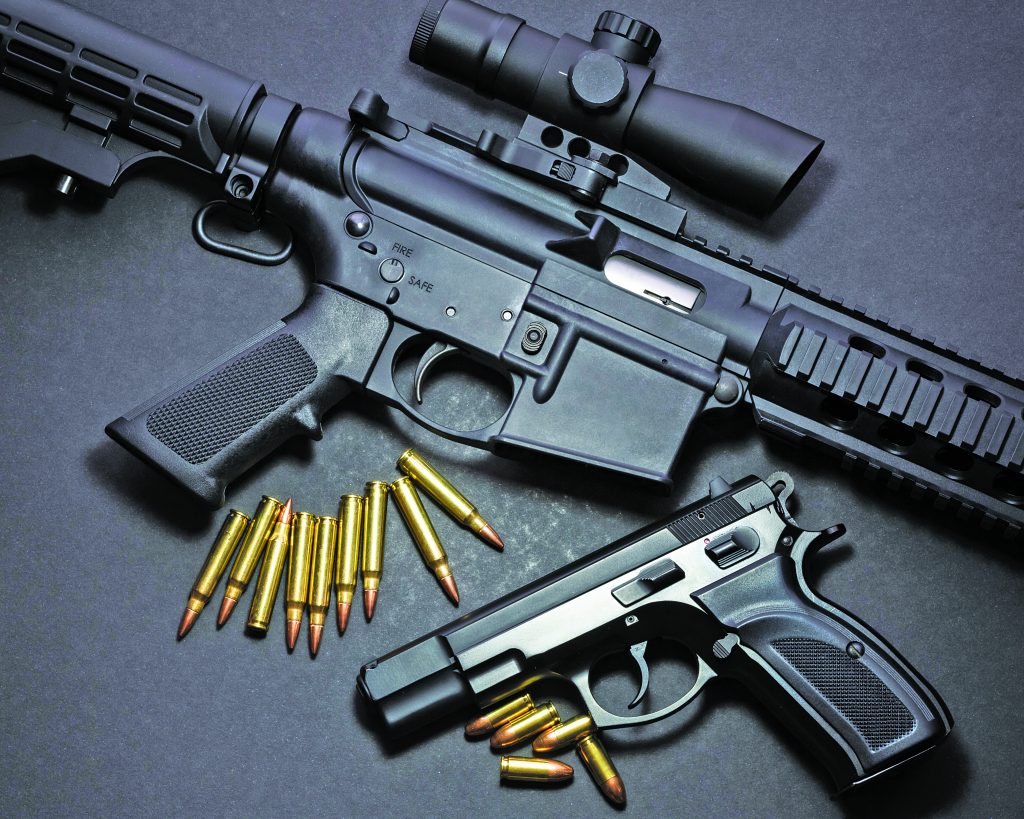 Two Bayside neighbors, one of whom allegedly expressed racist, sexist and anti-Semitic sentiments online, were arrested near a LaGuardia Airport hotel after allegedly purchasing several firearms with defaced serial numbers from two undercover FBI agents on Tuesday night, according to federal prosecutors.

Joseph Miner, 29, and Daniel Jou, 40, allegedly purchased several guns with obliterated serial numbers, including two military-grade assault rifles, from two undercover FBI agents in a hotel room near the airport on May 12, according to the federal complaint against the two men.

The duo was arrested promptly after leaving the hotel, according to federal prosecutors.

Miner and Jou were arraigned in Brooklyn federal court on Wednesday afternoon.

Miner, who allegedly initiated contact with the undercover agents, has previously expressed racist and degrading remarks towards black people, Jewish people and women on his Instagram account, according to the U.S. Attorney. At one point, he wrote, “overthrowing [Jews] is our Christian duty,” according to prosecutors.

Miner expressed a desire to purchase the guns to participate in a race war, according to the government. At one point, he wrote that he would like to “die a hero,” after shooting cops, “Africans,” and Pakistani people, according to federal prosecutors.

After meeting the undercover agent in August, Minor and Jou gave the officer their usernames on an encrypted messaging service, and continued conversation about purchasing the weapons, federal prosecutors said.

During the May 12 meeting, Miner allegedly bought an AR-15-style gun with a silencer, a Mossberg 500 shotgun, and an M&P “Shield model 9 mm semi automatic pistol. Jou allegedly purchased a fully automatic Colt M4 assault rifle with a silencer, and a glock 19 9 mm semi-automatic pistol that had its serial number removed. The pair also purchased ammunition for the guns, according to the government.

While Miner has no previous record of arrest, Jou has been arrested twice, including once for a weapons charge that was eventually pleaded down in 2006 in Nassau County, according to prosecutors.

Minor and Jou were ordered to be held without bail by a Brooklyn judge late Wednesday afternoon.