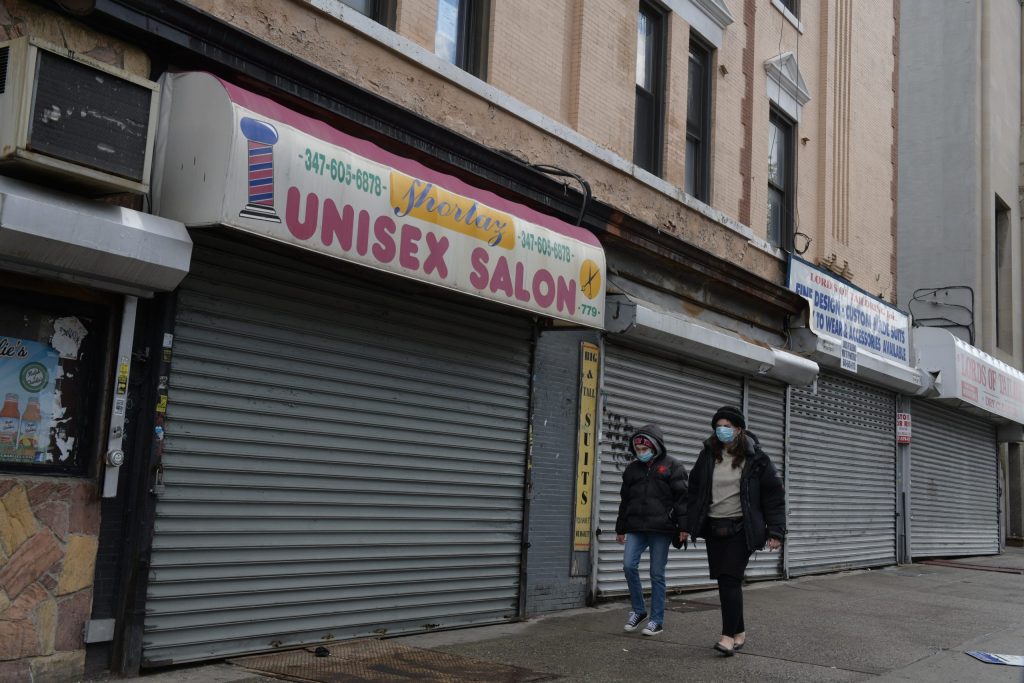 As the state’s stay-at-home measure drags on and store owners find themselves crushed under mounting expenses, the New York City Council passed a package of legislation on May 13 with the aim of assisting small businesses.

The package contains a number of measures which aim to protect commercial tenants from harassment by their landlords, and restrict the fees that third-party apps such as Grubhub and Uber Eats can charge businesses during states of emergency.

“Small businesses are the heart and soul of New York City, and right now they are hurting,” said Council Speaker Corey Johnson. “They need help and this small business package is designed to protect them during this pandemic.”

To combat exorbitant fees charged by delivery services, the council passed two bills — one which will cap the fees services can charge restaurants during states of emergency to 15 percent, while the other prohibits the services from charging restaurants for phone calls made through their platforms that do not result in an order being made.

With restaurants limited to takeout and delivery only during the pandemic, these types of fees have increasingly cut into their already razor-thin profit margins, restaurant owners say.

“Delivery fees being 30 percent were killing this business,” said Manhattan restaurant owner Melba Wilson, who joined a virtual press conference ahead of the council’s vote. Wilson says the 15 percent cap may allow her to bring back some of the employees she had to furlough in March.

A Grubhub spokesman blasted the legislation, claiming it would lead to higher costs for customers, fewer orders for businesses, and less pay for delivery workers.

“This is exactly the wrong proposal,” said John Collins. “Any cap on fees represents an overstep by local officials and would not withstand a legal challenge.”

Also included in the package is legislation that fines landlords who harass any COVID-19-impacted business between $10,000 and $50,000 per violation.

Another bill suspends the personal liability provision in certain commercial leases, which allow landlords to hold tenants personally liable when they are unable to pay rent, and can lead to the seizure of tenants’ personal property. The bill allows tenants to hand in their keys if unable to pay rent, effectively ending their lease.

To reduce the burden of sidewalk cafe fees on restaurants with existing outdoor tables, the Council voted to waive the costs through the remainder of the pandemic.

Many councilmembers, though happy with Wednesday’s vote, said they hope more proactive measures are taken in the future, such as measures that allow restaurants to expand out into streets and sidewalks to allow for more social distancing in collaboration with the city’s incremental open-streets program.

“I hope this will be just a first step,” said Park Slope Councilman Brad Lander. “There’s so much more that we have to do.”

From here, the package will go to Mayor Bill de Blasio’s desk to sign.