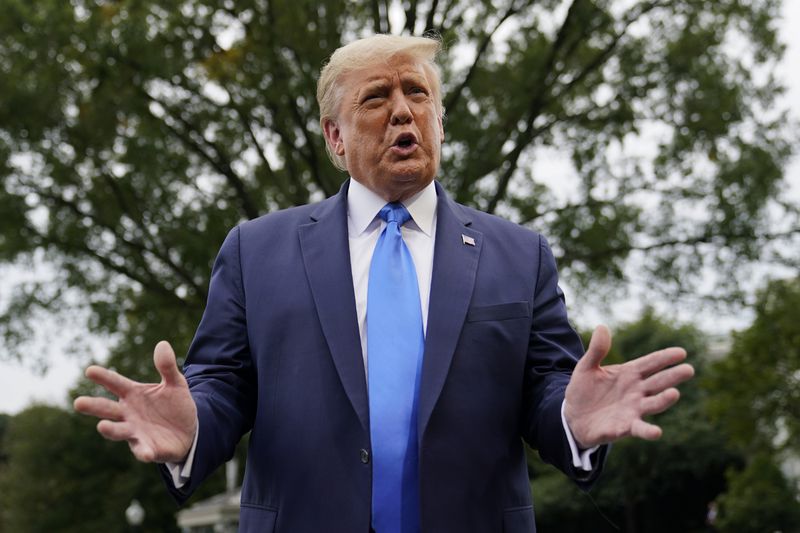 President Trump refused to promise Thursday that he’ll accept the results of November’s election despite bipartisan outrage over his declining a day earlier to commit to a peaceful transition of power if Joe Biden wins.

Speaking on the South Lawn of the White House before a trip to North Carolina, Trump reiterated his debunked claim that the election results could be tainted because of mail-in voting and that he thereby might not be able to trust them.

“We want to make sure the election is honest, and I’m not sure that it can be,” Trump told reporters, adding that mail-in ballots are “a whole big scam.”

Both Republican and Democratic states have expanded access to mail-in ballots this year to make it safer to vote during the coronavirus pandemic.

Despite Trump’s insistence to the contrary, the option has proven remarkably secure, and there’s no evidence for the president’s claim that Democrats are trying to rig the Nov. 3 election by letting more Americans vote by mail.

Trump’s dithering on trusting election results came one day after he cited similar unfounded voter fraud fears while refusing to pledge to peacefully hand over power to Biden if the Democrat wins the Nov. 3 contest.

“We’re going to have to see what happens,” Trump said in a briefing Wednesday evening. “You know that I’ve been complaining very strongly about the ballots, and the ballots are a disaster. Get rid of the ballots.”

Trump’s waffling on the peaceful transition of power — a fundamental principle of American democracy — drew some rare rebuke from Republicans on Thursday.

Though careful not to call out Trump by name, Senate Majority Leader Mitch McConnell (R-Ky.) stated that “the winner of the Nov. 3 election will be inaugurated on Jan. 20.”

“There will be an orderly transition just as there has been every four years since 1792,” the Kentucky Republican tweeted.