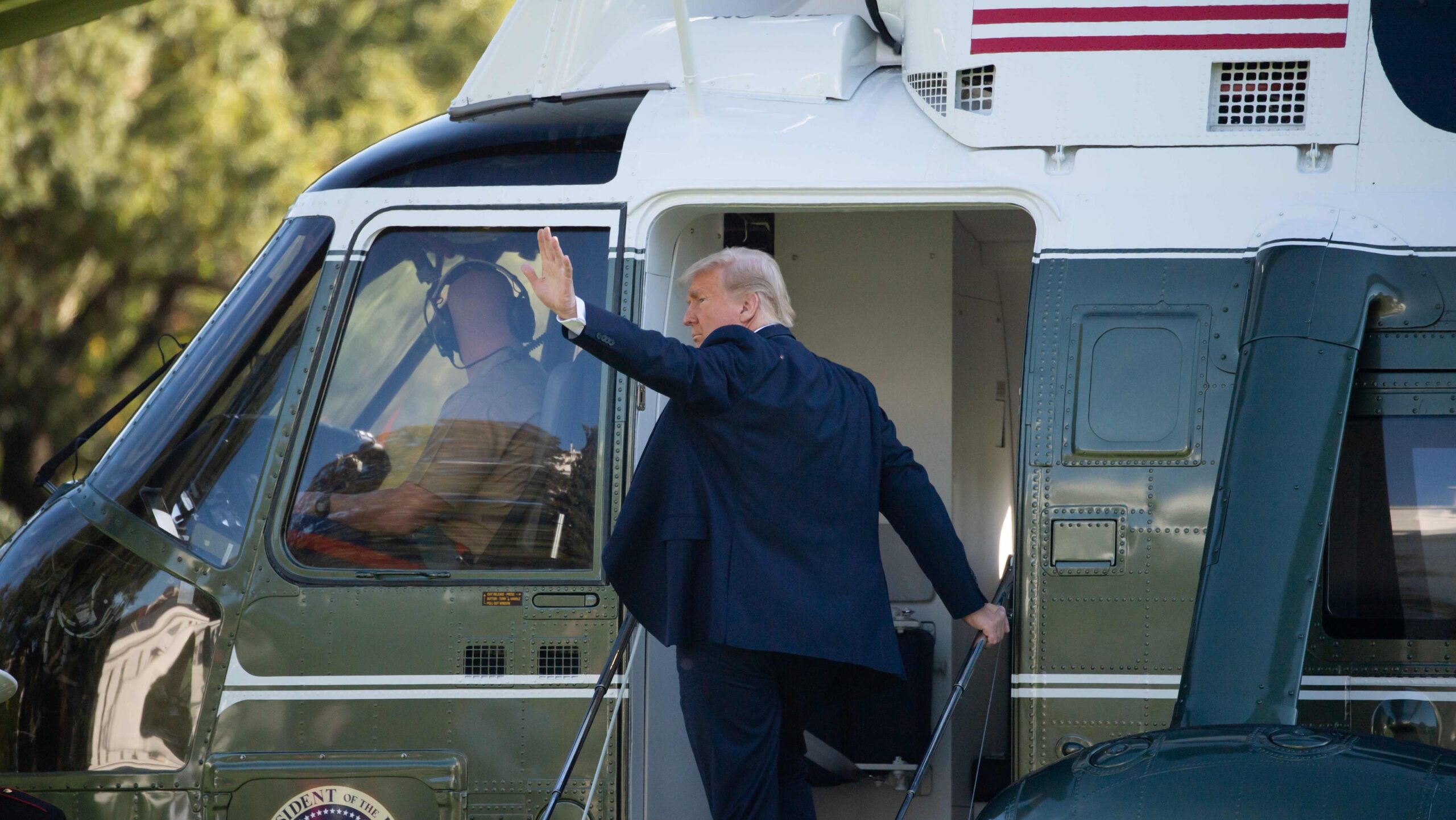 The loser-in-chief has to go out with a bang.

President Trump plans to vacate the White House just a few hours before Joe Biden’s inauguration next week and hopes to overshadow his successor by holding some type of farewell event, according to a source and reports Friday.

The outgoing president initially planned to depart the capital on Tuesday for his new permanent home in Florida, leaving Biden’s Wednesday inauguration free from any Trumpian disruption.

But a source familiar with the matter told the Daily News that Trump has since changed his mind and now plans to dip out of Washington on Wednesday morning — hours before the swearing-in ceremony for Biden and Vice President-elect Kamala Harris slated for noon.

And before jetting to his private Mar-a-Lago club in Palm Beach, Trump intends to stage a last hurrah in the form of a “departure ceremony” at the Joint Base Andrews airport in Maryland, according to CNN.

The ceremony — which will be thrown on American taxpayers’ dime — may reportedly include a color guard, red carpet, military band and a 21 gun salute.

Presidents have historically attended the inaugurations of their successors as a display of the importance of the peaceful transfer of power.

But Trump announced last Friday he won’t abide by the longstanding tradition.

His inaugural pullout announcement came two days after he incited a mob of far-right supporters to storm the U.S. Capitol in a violent attempt to disrupt the congressional certification of Biden’s victory. A Capitol Police officer and four other people died in the ensuing chaos, as Trump’s supporters rampaged through the halls of Congress in the name of the 45th president’s false claim that the 2020 election was rigged against him.

Trump was impeached on Wednesday for inciting the bloody riot, making him the only president in American history to face the humiliation of being impeached twice.

Trump’s last-ditch attempt to soak up some attention before Biden takes over is unprecedented in American history.

Other than the farewell event, Trump doesn’t have any publicly known plans for his final days in office.

He’s rumored to be considering issuing a slate of pardons for family members and even himself amid concern that he could face criminal charges once he loses his presidential immunity.