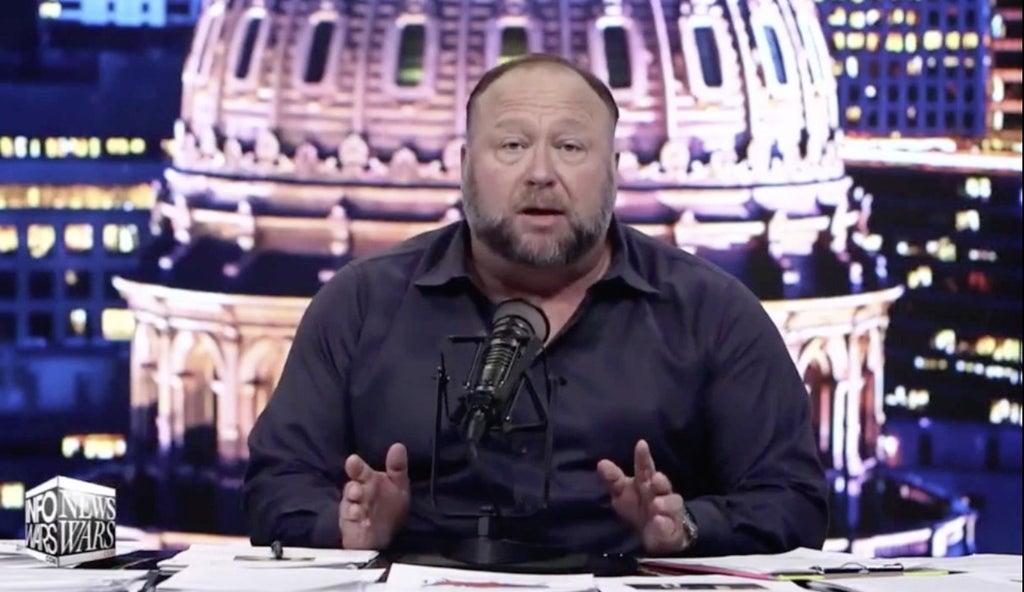 Donald Trump’s defense of COVID vaccines is not going over well with some supporters, including far-right conspiracy theorist Alex Jones, who questioned the former president’s brain power after a speech in Alabama Saturday where Trump was booed for saying he’d been vaccinated.

According to Jones, the 45th president is caving into pressure from CNN — the cable channel Trump calls “Fake News” — to get inoculated.

“(CNN president) Jeff Zucker snaps his fingers, and Trump clicks his heels and hops up there at attention and says, ‘How high do you want me to jump, boss?’ ” Jones said Sunday before playing a clip of Trump’s weekend speech.

Some supporters of the former president in Cullman, Ala., booed when he told them that he respects their “freedoms,” but added, “I recommend take the vaccines. I did it. It’s good. Take the vaccines.”

In a clip published by watchdog group Media Matters for America, Jones called Trump a “good person” but said he needed to be held to account for his vaccine advocacy.

He also claimed the COVID vaccines would “create mutants” and that Trump was being duped by the mainstream scientific community.

“Shame on you, Trump, seriously,” Jones said. “If you don’t have the good sense to save yourself and your political career, that’s OK. At least you’re going to get some good Republicans elected, and we like you. But my God, maybe you’re not that bright. Maybe Trump’s actually a dumba–.”

Jones welcomed candidate Trump to his “Infowars” program in 2015 at which time the GOP hopeful described his host’s reputation as “amazing” and vowed, “I will not let you down.”

In addition to having claimed the Sandy Hook Elementary School massacre was a hoax and the 9/11 attacks were an inside job, Jones claimed in 2020 that his line of “Superblue” and “Supersilver” products protected against COVID-19. That prompted the FDA to send Jones a letter warning him that his unproven elixirs were being sold in violation of the law.

In a tape leaked in March, Jones, who has backed Trump’s unsubstantiated claims of fraud in the 2020 election, said he wished he “never would have f—ing met Trump.” He also was heard saying: “I’m so sick of f—ing Donald Trump, man.”