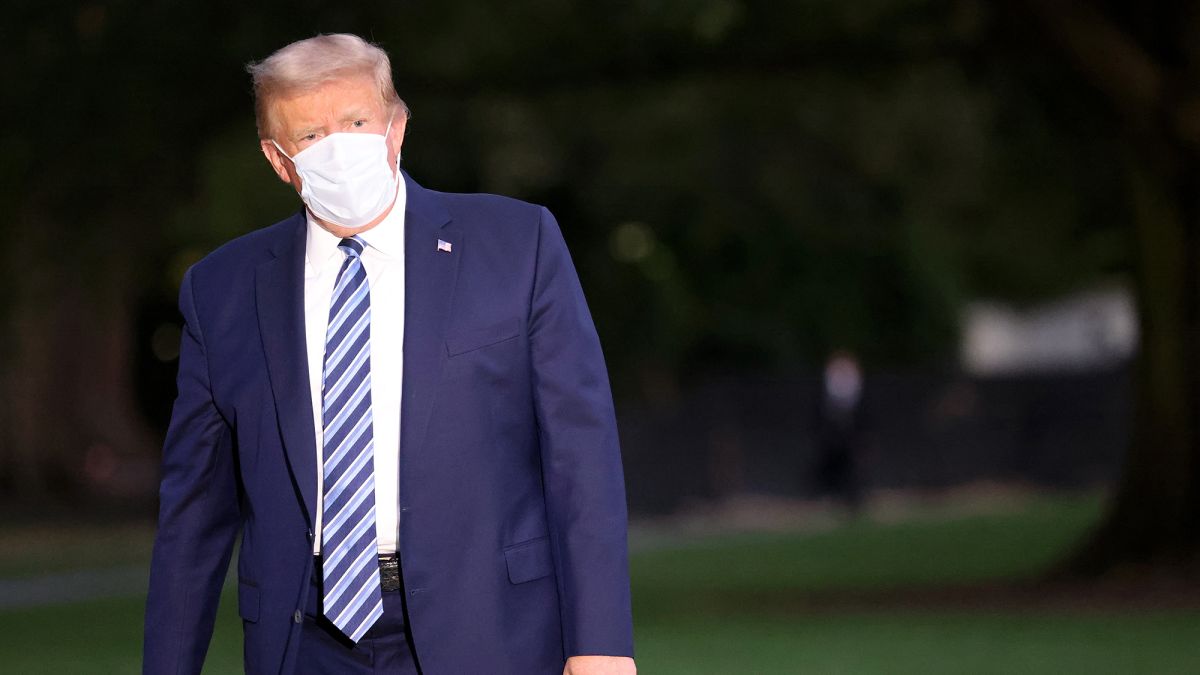 President Trump is on track to get the all clear from his doctor to resume “public engagements” this Saturday — even though that’d be less than two weeks since he was first diagnosed with COVID-19.

Dr. Sean Conley, the White House physician, said in a memo late Thursday that Trump has “responded extremely well” to his treatment since first testing positive for the virus late in the evening of Oct. 1.

“Saturday will be day 10 since Thursday’s diagnosis, and based on the trajectory of advanced diagnostics the team has been conducting, I fully anticipate the president’s safe return to public engagements at that time,” Conley wrote in the memo.

However, Conley, who has fumbled the timeline of Trump’s illness several times before, appeared to use fuzzy math in making that determination.

Since the White House says Trump first tested positive late at night on Oct. 1, this Saturday would be day nine of his diagnosis — not day 10.

“No, it makes this Saturday day 10,” the official, speaking on condition of anonymity, told the Daily News without elaborating.

Regardless of the calculations, the Centers for Disease Control and Prevention say COVID-19 patients should stay in quarantine for at least 10 days after symptoms first appear to avoid spreading the virus that has killed more than 212,000 Americans.

Additionally, the CDC says COVID-19 patients who get “severely ill” or have preexisting medical conditions should quarantine for “up to 20 days.”

Trump got so sick from the virus that he was hospitalized at Walter Reed Medical Center for three nights last weekend and had to be put on supplemental oxygen several times after his bloody-oxygen levels dropped.

The president was also administered a cocktail of drugs that are generally only given to critically ill COVID-19 patients, including the powerful steroid dexamethasone.

Trump is 74, clinically obese and has a history of heart issues — all preexisting conditions and health circumstances that doctors say put him at heightened risk of developing severe complications from COVID-19.

Stuck in quarantine at the White House this week, Trump has been itching to get back on the campaign trail, with Joe Biden trouncing him in nearly all polls as the Nov. 3 election looms less than four weeks away.

According to reports, Trump has even explored plans to hold a campaign rally as early as this weekend.