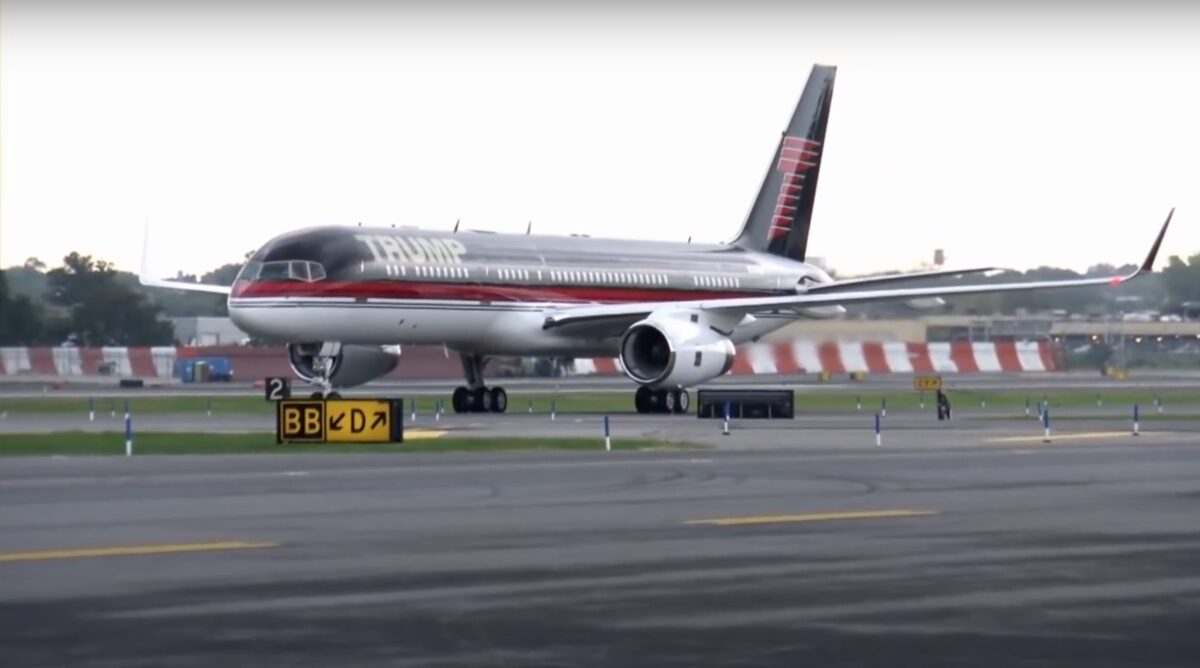 Even a blown plane engine is a fundraising opportunity for the former president.

Ex-President Trump is asking his loyal army of supporters to help him buy a new plane after a private plane was forced to make an emergency landing last weekend after one of its four engines malfunctioned.

“My team is building a BRAND NEW Trump Force One,” screamed a mass email sent by Trump’s Save America PAC. “I can’t wait to unveil it for everyone to see.”

“The construction of this plane has been under wraps,” Trump teased. “Not even the fake news media knows about it—and I can’t wait to unveil it for everyone to see.

The email reminded the MAGA faithful about Trump’s glory days when he jetted to campaign events in his personal Trump-branded Boeing 757.

It included a GIF video of a plane taking off and a poll purportedly asking potential donors if they want to receive updates on construction.

The link to the phony poll takes supporters to a link to sign up to make recurring monthly contributions to the former president’s fundraising committee.

The email didn’t mention the snafu that forced a private plane Trump was using to return to a New Orleans airport shortly after takeoff when one of four engines died.

The twice-impeached president and his aides were given another plane by a GOP donor to return to his Florida resort.

The Trump campaign plane is mothballed in storage at Stewart Air Field in Newburgh, N.Y. It reportedly would need extensive repairs to be returned to service.