Tips roll in to NYPD about extremists linked to U.S. Capitol takeover; cops determined to check them all 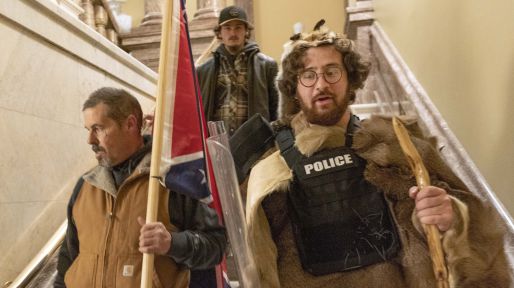 “So far, it’s been shifting upward,” Deputy Commissioner John Miller said of the information gathered since last Wednesday’s rampage left five dead. “This is a process that’s going to go on for some time.”

“I think there’s a great deal of determination here that however long it takes, however many leads there are, that they’re all going to be followed up,” said Miller, who oversees the NYPD’s intelligence and counterterrorism bureaus.

A handful of New York-area residents have been linked to the Capitol riot, though not all have been charged.

The most notable riot-related arrest was Tuesday’s bust in Queens of Eduard Florea, 40.

Florea, who authorities label a wannabe Proud Boy, was not at the Capitol. But he had in his home more than 1,000 rounds of ammunition, two dozen shotgun rounds, 75 combat knives, two hatchets and two swords, prosecutors said. Florea also allegedly threatened public officials.

In late 2019, the NYPD formed a unit, REME, for Racially and Ethnically Motivated Extremism, designed to fight in the city the type of groups linked to the Capitol rampage.

But Miller said such extremism is not fully organized, and thus not easy to track.

“We know there was the presence of named organized groups there,” he said of the Capitol. “I think the larger question is: was there organization that occurred ad hoc on the scene and if so who was behind that?”

Federal intelligence officials have warned of possible violent attacks at state capitols in all 50 states in the coming days. Right-wing groups may also hold rallies in cities across the country.

Police know of no specific credible threats targeting New York City — but Miller said the NYPD will still have officers from specialized units at city landmarks and, beginning this weekend, at City Hall.

Miller, who heads the intelligence and counterterrorism bureaus, said the 200 cops going to Washington to help secure the route for the presidential motorcade on Inauguration Day will be sworn is as federal officers for the assignment.